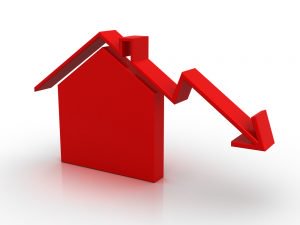 FICO scores dipped across most loan types in November according to the Origination Insight Report released by Ellie Mae, a cloud-based platform provider for mortgage providers, on Wednesday. The report focuses on loans that closed in a specific month and compares their characteristics to similar loans that closed three and six months earlier.

The report noted that the percentage of refinances held steady at 39 percent of total loans. Average FICO scores on all loans dropped to 722 in November from 724 in October.

“We saw FICO scores drop modestly, especially across refinances, indicating that lenders may be loosening credit standards to attract the dwindling refinance market. This is certainly a trend we will continue to watch into the winter months,” Jonathan Corr, president and CEO of Ellie Mae said.

The report also noted that in November the percentage breakdown of all closed loans remained steady with conventional loans at 66 percent, FHA loans at 20 percent and VA loans at 10 percent.

The closing time for all loans held at 43 days for the third straight month according to the report which is published monthly. Thirty-year interest rates increased marginally from 4.20 percent to 4.24 percent in November and the percentage of ARMs increased to 5.6 percent, the report said.

“Interest rates rose slightly in November while we saw the refinance share hold at 39 percent of all closed loans,” Corr said.

Previous: On the Homefront
Next: Does Mortgage Loan Officer Age Impact Borrower Confidence?