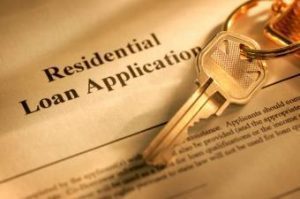 A new analysis by CoreLogic has found that since 2015 debt-to-income (DTI) ratio has become the number one reason that lenders have turned down purchase-mortgage applications, and the number has only risen over the past few years. Citing Home Mortgage Disclosure Act (HMDA) data, the analysis indicated that 30.3 percent of denied applications were attributed “debt-to-income ratio” as the primary reason for mortgage loan denial in 2017, up from 28.8 percent in 2016 and 28.2 percent in 2015.

As incomes rise, the DTI for many homebuyers is also rising. "A good housing market coupled with economic growth will certainly work to the advantage of homebuyers, as stronger household balance sheets, rising income and the likelihood of further home value gains means lower risk in mortgage lending, all else being the same," Yanling Mayer, Principal Economist at CoreLogic wrote on the company's blog that published this analysis on Thursday.

Citing the reason for higher application DTIs, Mayer said that they were most likely a reflection of the "erosion of affordability as home prices have risen much faster relative to wage growth."

"A typical household’s mortgage payment (principal and interest only), for example, have climbed quickly due to fast-rising home prices and a higher interest rate. In the event of a negative income shock, higher DTI loans are at a greater risk of default," she said.

Using CoreLogic's loan application consortium data to find the 25th percentile median and 90th percentile of purchase applications' DTI, the analysis revealed that there was a gradual rise in DTI from 35.1 in 2012 to 37.7 in 2017 and 38.6 percent so far in 2018.