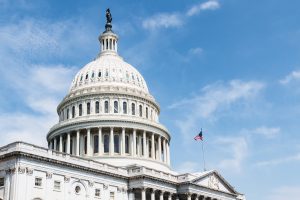 The House Financial Services Committee recently held a hearing titled “Boom and Bust: The Need for Bold Investments in Fair and Affordable Housing to Combat Inflation,” focusing on the nation’s shortfall in the supply of housing units in recent years, along with corresponding increases in the costs to access available housing. Both of these factors have contributed to a nationwide housing affordability crisis that has only been exacerbated by the pandemic and corresponding economic trends.

“The scale of the shortfall in housing is extraordinary,” said Zandi during the hearing. “There is less vacant housing available for rent and sale than at any time in 40 years, and the shortfall is set to get worse since underlying demand for new homes–the sum of household formations, obsolescence of the housing stock, and second and vacation homes–is outpacing housing supply–the sum of single and multifamily completions and manufactured housing. The current shortfall in homes is estimated at near 1.6 million units, equal to more than one year of new construction at its current pace.”

Housing supply of late has not kept up with demand, with one estimate showing an average of 150,000 fewer homes being built compared to the demand for single-family homes and rental units over the past decade. The underproduction of affordable homes has led to an absolute shortage of 3.6 million homes for extremely low-income renters—the only subset of households experiencing an absolute shortage of housing. According to the National Low Income Housing Coalition, this growing lack of supply to meet demand has contributed to inflation in the housing market, with real average new home prices rising by approximately 88% from 1981 to 2021, after controlling for inflation, and real median new home prices rose by 93% over the same period. These events have served to widen the homeownership gap.

“Unfortunately, our nation’s housing crisis is getting worse. Some believe that robust federal investments in fair and affordable housing aren’t needed—that deregulation and the private market alone will solve this crisis,” added Congresswoman Maxine Waters, Chairwoman of the House Committee on Financial Services. “But decades of dismal federal investment in housing have landed us in the current housing crisis and we cannot expect different outcomes without different interventions. Today, there is no metropolitan area in the country where families can afford a home making minimum wage. A chronic undersupply of housing has led to skyrocketing costs and today, housing is a primary driver of core inflation. While the Federal Reserve has leaned on interest rate hikes in hopes of curing inflation—including four super-sized rate hikes this year alone—those hikes do nothing to address the fundamental shortage of affordable housing, and in fact, make it worse.”

And as the Fed attempts to correct the nation’s inflationary woes through several rate hikes, a spike in mortgage rates to over the 7% has given way to a decline in mortgages over the past month which points to signs of a marketplace correction.

According to the U.S. Census Bureau, despite a recent pickup in market activity, cost burden trends are hitting renters the hardest, as 46.2% of whom are moderately or severely cost burdened compared to 21.3% for homeowners, and even starker for 84% of extremely low-income renters who make at or below 30% of the area median income. According to the latest Census Bureau data, more than million households reported that they are at risk of eviction or foreclosure in the next two months, and over 13 million reported that they are behind on their rent or mortgage payments.11 This is not just a problem for lower wage workers—data show that “the average minimum-wage worker must work 96 hours per week (nearly two and a half full-time jobs) to afford a two-bedroom rental home, or 79 hours per week (two full-time jobs) to afford a one-bedroom rental home at the fair market rent.”

Click here for more on the recent House Financial Services Committee hearing “Boom and Bust: The Need for Bold Investments in Fair and Affordable Housing to Combat Inflation.”