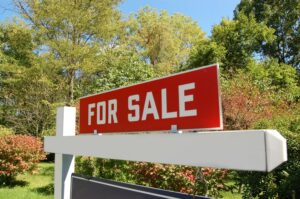 Redfin has found that a record 2% of homes for sale every week are being delisted from the market for a litany of reasons and this number may continue to increase into next year.

According to Redfin, sellers are taking their homes off the market because of the low-quality offers they are receiving—or no offers at all—due to a sharp drop in buyer demand caused by high home prices and high mortgage rates. While mortgage rates have dipped slightly since mid-November, the monthly mortgage payment on the median-asking-price home is still 40% higher than it was one year ago.

“Some sellers are having a hard time grasping that we’re not in a housing-market frenzy anymore—it’s tough for them to swallow that they missed the boat on getting a high price,” said Heather Kruayai, a Redfin real estate agent in Jacksonville, FL. “By the time sellers realize their listing was priced too high, it has already been on the market for too long and is considered stale. I recently had two sellers take their homes off the market after 45-plus days.” 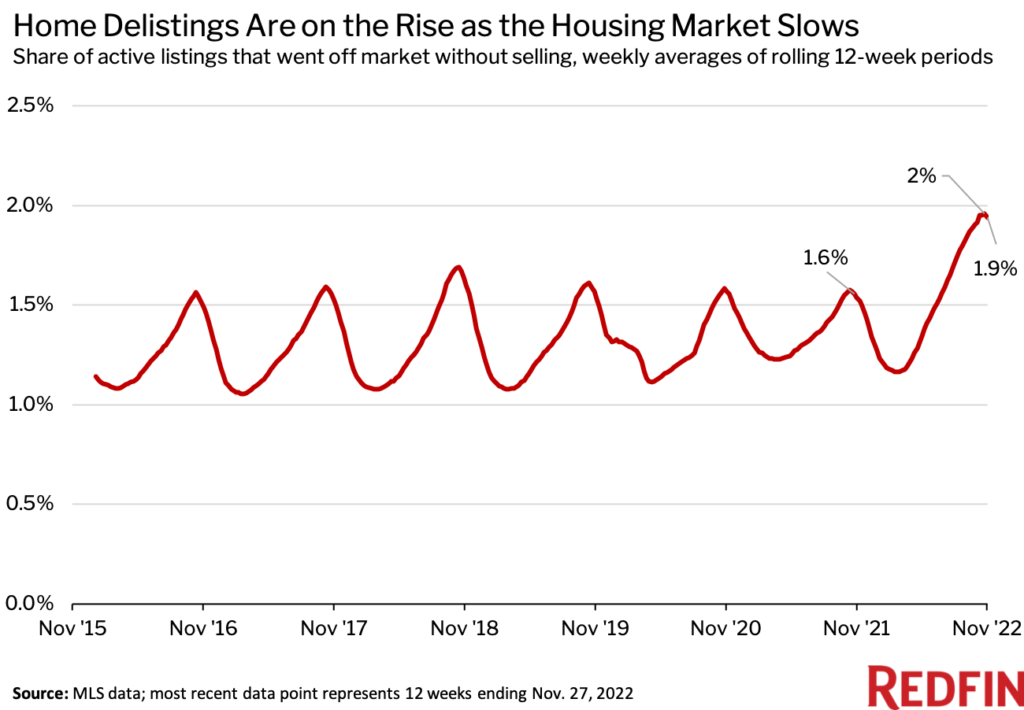 It should be no surprise that pandemic-era boomtowns are seeing the biggest jump in delistings: Sacramento, California reported that 3.6% of active listings were delisted in the 12-week period ending Nov. 27, up 1.6 percentage points from the same period a year prior. This was followed by Austin, Texas, Seattle, Phoenix, and Denver. In Austin, for example, the median home-sale price was up a record 43.5% year over year in the spring of 2021, but growth had shrunk to just 3.7% as of October 2022. And in Sacramento, there was 0% annual home-price growth in October, compared with as much as 29.3% last spring.

“I’ve had many sellers cancel listings,” said David Palmer, a Redfin real estate agent in Seattle. “Usually, sellers who pull their listings off the market in the fall do it with the intention of listing again in the spring. But with the word ‘recession’ out there, there’s not as much optimism about spring being a better market. Now people are talking about trying again in another year or two once the economy improves.”

Click here to view the source report in its entirety.

Previous: Affordability will be Driving Housing Market Force in 2023
Next: Congressional Panel Hears Testimony on the Homeownership Gap