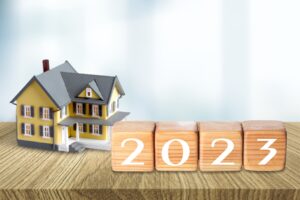 Zillow is already looking ahead to 2023 and has made the prediction that Midwestern markets surpass most of the nation as people look for new ways to overcome the affordable housing crisis.

However, Zillow predicts that the affordability crisis will stabilize in 2023 from pandemic-era highs.

"Americans finding ways to make payments on a roof over their heads is going to drive the market next year. Where costs are lower, we'll see healthier sales and inventory levels. If rent is less expensive than a new mortgage, we'll see increased demand for rentals—something builders and landlords understand," said Zillow Chief Economist Skylar Olsen. "Affordability is going to be the biggest factor in housing for 2023, but there's room for optimism on that front if mortgage rates recede."

Compared to every other major region, the Midwest has not seen prices soar to the extremes other regions have. Costs are still “within reason” compared to incomes in Missouri, Kansas, Iowa, Ohio, and smaller cities in Illinois which in turn will allow first-time home buyers to enter the market. Lower rents and home prices in these areas, as well as in some Pennsylvania, New York and other Northeastern metros, make it easier to save up for a down payment. A typical mortgage payment1 in Topeka is $1,269, compared to $4,129 in Sacramento.

Zillow also addressed the new trend of buying homes with a friend or family member instead of a spouse. Eighteen percent of buyers purchased a home with someone other than a spouse in 2022, and that number is expected to go higher in 2023 as buyers turn to unconventional means to secure a home in today’s market.

On the topic of affordability, Zillow said it will be the driving force pushing the housing market along in 2023, but there is a chance for it to stabilize—and just maybe—improve.

“Zillow expects national home values to remain relatively flat next year, and even fall in the markets most challenged by affordability issues. Mortgage rates are seeing some recent and encouraging progress downward as inflation and labor market tightness show some small signs of easing. If we've actually turned the corner on inflation, that should continue,” Zillow said. “Rent growth should move closer to historical norms next year, as well. Annual growth came down quickly from a massive peak of 17.1% in February to 9.6% by October. Rents fell during the month of October, the first time in two years, signaling a return to regular seasonal patterns.”

Previous: Plan & Prevail: How the Industry Can Prepare for an Uncertain Future
Next: Record Amount of Sellers Delisting Homes