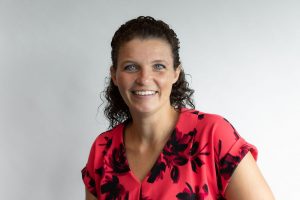 Bouterse came to Mortgage Connect five years ago with tenure from Sky Bank and another Pittsburgh-based title company where she started as a Closing Coordinator. With dedication, commitment, and perseverance, Bouterse moved up the ranks over the years. She said that she has learned a lot throughout her various roles in the industry.

“My advice for someone just starting out is to remain calm. Stress doesn’t get you anywhere,” Bouterse said. “I used to get very stressed out and worry a lot in the beginning of my career and I learned that it doesn’t pay off. If you can be patient and go through the motions of whatever issue you’re dealing with – you’ll learn that things always get better with time and that it all works out.”

Bouterse said it’s been rewarding over the past two decades to work with employees, training them and getting to see them advance to the next level. There’s certainly a lot to learn, with different lender and state requirements in the business—but it’s part of the process.

As VP of Closing Operations, Bouterse said she’s most excited to be able to switch her focus from production to further streamlining processes. “I want to dig into everything and work with support teams to implement better processes for closing teams,” Bouterse said.

Bouterse made the move to VP from her Director role where she led the LoanDepot, Veterans, BBVA, and Regions teams.