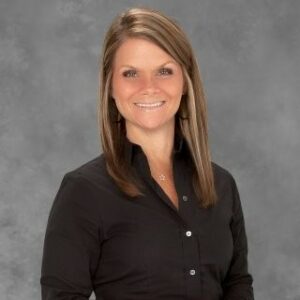 Churchill Mortgage has hired Kisha Weir as VP of Sales for the Pacific Northwest (PNW) Region, responsible for the overall sales and business development operations, while overseeing the training, mentorship, and development of Loan Officers across the company’s PNW Division.

"In addition to being a natural servant leader with a proven track record of developing profitable branches throughout the west coast, Kisha has an undeniable desire to invest in people," said Kevin J. Hanna, President of the Churchill Mortgage Pacific Northwest Region. "She will be an incredible asset to the team with her commitment to growth, empowering them to achieve their personal and professional goals. We're assembling a dream team to create something that hasn't been seen or done before in the mortgage industry. Our 'people over profits' approach, commitment to debt-free homeownership, and creation of a truly revolutionary platform will propel us to the top as we keep our clients and customers at the forefront of everything we do."

With more than 30 years of experience in the mortgage industry, Weir has garnered impressive credentials managing sales teams in key senior roles and improving processes and efficiencies. Prior to joining Churchill Mortgage, Weir led the Western Division at Movement Mortgage, where she personally oversaw $11 billion in loan volume, and acted as SVP of the PNW Region at Eagle Home Mortgage, where she grew her area to the highest producing and most profitable region in the country.

"This is a time of upward trajectory for Churchill Mortgage, and I am thrilled to facilitate their continued expansion in the Pacific Northwest and beyond," said Weir. "Rather than simply weathering and enduring this turbulent market, the company is staying on the offensive and embracing this as a time of opportunity for growth. Given the strong talent pipeline and Churchill's sterling reputation in the industry, this felt like a perfect fit and a place I truly belonged."

The announcement of Weir's hire corresponds with the recent growth and expansion of Churchill Mortgage's PNW Division.