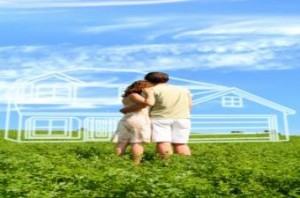 Homeownership has long been referred to as the American Dream and is frequently touted as a wealth-building tool. Now, research links homeownership with lower rates of financial hardship.

While it is unclear whether homeownership is a cause or effect of lower susceptibility to financial hardship, researchers at the Urban Institute determined an unequivocal link between homeownership and difficulty paying for basic needs.

“Nearly half of renters report at least one material hardship in the past year, compared with just over onethird of homeowners, and renters consistently report higher rates of material hardship across all domains in our study,” stated Corianne Payton and Dulce Gonzalez in Homeowner and Renter Experiences of Material Hardship: Implications for the Safety Net.

When breaking down various types of financial hardship, the researchers found the greatest discrepancy in food insecurity, which was experienced by 29.6 percent of renters and 19.2 percent of homeowners over a one-year period reported in a 2017 survey.

Renters typically have less emergency savings, and they incur unexpected income declines more frequently than homeowners, according to the Urban Institute.

Almost 28 percent of renters are unsure they could afford an unexpected expense of $400, compared to 18.4 percent of homeowners, even when controlling for demographic, socioeconomic, and geographic traits, according to the research.

For renters earning less than 200 percent of the federal poverty level, the share jumps to 50 percent who would struggle with a $400 expense. This compares to 38 percent of homeowners in the same income bracket.

Eighteen percent of renters reported a significant or unexpected fall in their income over the past year, compared to 14 percent of homeowners.

“This suggests that homeownership may not be enough to achieve financial security for people with the lowest incomes,” the researchers stated.

However, the discrepancy between homeowners and renters is notable and persistent. Even when comparing only renters and homeowners for whom a $400 unexpected expense would be difficult, homeowners were more financially secure. Among this group of households with “low savings cushions,” 82.6 percent of renters reported at least one financial hardship over a one-year period compared to 75.5 percent of homeowners, according to the Urban Institute.

The cause for this discrepancy is unclear for now.