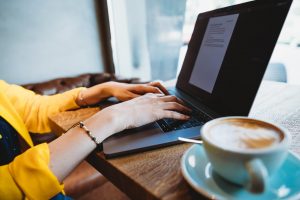 There appears to be a bit of bounce in the step of economic activity in the U.S. as total nonfarm payroll employment spiked by 638,000 in October, coupled by a 6.9% drop in the unemployment rate, according to the U.S. Bureau of Labor Statistics.

The story behind the story? The BLS indicated the springboard in the labor market was indicative of ongoing resumption of economic activity that COVID-19 had cut into as well as the efforts to put a lid on it.

A number of sectors, including leisure and hospitality, professional and business services, retail trade, and construction, also experienced notable job gains in October. Conversely, there was a drop off in employment in government.S

The household survey measures labor force status, including unemployment, by demographic characteristics, while nonfarm employment, hours, and earnings by industry are measured by the establishment survey.

“The economy is going through an uneven recovery, with employment still cutting a dividing line. For Americans who have jobs and have benefitted from remote work over the past eight months, additional savings and low interest rates are providing a moment of financial opportunity,” said Realtor.com’s Senior Economist, George Ratiu.

For those who lost jobs, the expiration of enhanced paychecks combined with the end of unemployment insurance eligibility are creating a landscape of uncertainty and a looming crisis if nothing is done. Housing markets are mirroring this divided, K-shaped economy.  Along with a solution to COVID, housing accessibility and affordability will need to be near the top of the agenda for the incoming administration and legislature.”

Added First American Deputy Chief Economist Odeta Kushi: “October’s jobs report shows continued economic improvement. The path of the economic recovery “is beholden to the path of the virus, and COVID cases have been on the rise, indicating new restrictions may be ahead.”

Jobless claims nearly doubled to 6.6 million for the week ending on March 28—an increase of 3.3 million and the largest claims report in the seasonally adjusted series, according to the U.S. Department of Labor, stated TheMReport.com.

The prior week’s report was revised from 3.28 million to 3.3 million. The four-week moving average for claims was 2.61 million, which is an increase of 1.6 million from the prior week’s average.

Additionally, the seasonally-adjusted insured employment rate was 2.1% for the week ending on March 21, which is an increase of 0.9 percentage points from the previous week’s unrevised rate.