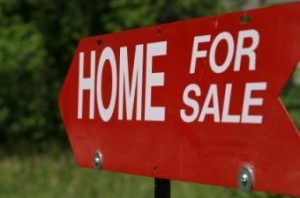 Low housing supply is causing affordability to decrease in U.S. cities, according to a report from Zillow. Affordability is worst in fast growing cities that have fallen behind in building homes to keep up with population growth. Currently the average U.S. homebuyer can expect to spend 15.3 percent of their monthly income on a mortgage payment.

Affordability is best in places with slow population growth, like Detroit, or places who have met new growth by building new housing units. Chicago permitted 906 new housing units in 2013 and 2013 for every 1,000 new residents. This has made the city more affordable, with homebuyers paying a slightly lower percentage on their mortgage than the national average. Chicago residents can expect to pay about 13.9 percent of their income on a mortgage.

"As the economy continues to improve, more Americans are slowly moving off of their buddies' couches and out of their parents' basements into homes of their own, first likely as renters and then eventually as homebuyers," said Zillow Chief Economist Dr. Stan Humphries. "Unfortunately, the supply of affordable homes, especially affordable rentals, is insufficient in many areas to meet this growing demand. As a result, the competition for those homes that are available can often be fierce, driving up prices and contributing to worsening affordability. More construction will help ease the crunch, and getting a mortgage is also getting easier, which will help more current renters transition to homeownership and further ease rental inventory shortages. But these fixes won't happen overnight."

San Francisco has become one of the country's least affordable housing markets. For every 1,000 new residents, there were just 193 new housing units permitted. Residents of San Francisco pay 39.2 percent of their income on a monthly mortgage payment, more than double the national average. Los Angeles has the highest rate, with a mortgage in that city costing a homebuyer 40 percent of their income.

Policy makers have been trying to combat the short supply. The mayor of San Francisco has pledged to add 30,000 housing units by 2020, and a Boston city report made a similar recommendation to meet demand with 53,000 new housing units by 2030.

Since 2000, rents have grown at roughly twice the pace of incomes. Partially as a result, the percentage of Americans citing "cheaper housing" as a reason they moved to a different home has almost doubled since then, from 5.6 percent to 9.6 percent currently, according to the U.S. Census Bureau.

Over the past several years, renting – historically a budget-minded choice – has become increasingly less affordable. Meanwhile, recovering home prices, along with historically low mortgage rates, have made buying more affordable than it was historically, on a monthly basis.  Zillow's February Real Estate Market Reports showed home values up 4.9 percent year-over-year to a Zillow Home Value Index of $178,700. U.S. rents rose 3.4 percent to a Zillow Rent Index of $1,355.