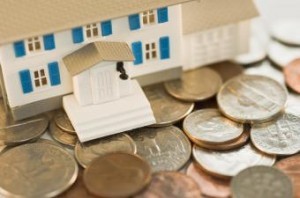 Pending homes sales soared in February to their highest level since June 2013, according to the National Association of Realtors (NAR). The Pending Home Sales Index rose 3.1 percent to 106.9 in February from a slight downward revision of 103.7 in January and is 12 percent about the February 2014 number of 95.4.

The index is at its highest level since June 2013 and has increased year-over-year for six consecutive months and is above 100, considered an average level of activity, for the tenth consecutive month.

NAR chief economist, Lawrence Yun, says demand appears to be strengthening as we head into the spring buying season.

“Pending sales showed solid gains last month, driven by a steadily-improving labor market, mortgage rates hovering around 4 percent and the likelihood of more renters looking to hedge against increasing rents,” he said. “These factors bode well for the prospect of an uptick in sales in coming months. However, the underlying obstacle – especially for first-time buyers – continues to be the depressed level of homes available for sale.”

According to NAR’s monthly, Realtor’s Confidence Index, the percent share of first-time buyers increased slightly for the first time in February since November 2014, up to 29 percent from 28 percent in January.

“Several markets remain highly-competitive due to supply pressures, and Realtors are reporting severe shortages of move-in ready and available properties in lower price ranges,” Yun said. “The return of first-time buyers this year will depend on how quickly inventory shows up in the market.”

Total existing-homes sales in 2015 are forecast to be around 5.25 million, an increase of 6.4 percent from 2014. The national median existing-home price for all of this year is expected to increase around 5.6 percent. In 2014, existing-home sales declined 2.9 percent and prices rose 5.7 percent.