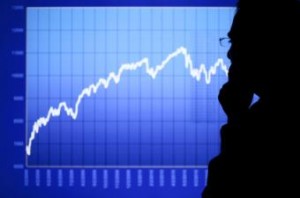 Analyzing the Rise of Shorter-Term Refinances

Historically low mortgage rates have spurred more and more borrowers to opt into a shorter loan term when refinancing, but one analyst at CoreLogic doesn’t expect the trend to last.

According to the company’s data, shorter-term refinances (those with lifespans of less than 30 years) accounted for nearly 40 percent of market share in 2013, a vast leap from less than 14 percent in 2006. Of that total, 15-year loan terms contributed 27.3 percentage points, more than tripling in market share since 2007.

Other repayment options are also accounting for a greater cut of the market compared to 2007: The share of 20-year refinance terms has more than doubled over the past seven years, rising from 3.9 percent to 8 percent.

Gilberto Mendez, senior business systems analyst for CoreLogic, says the shift makes sense as consumers take advantage of low mortgage rates to get out of their loans quicker without having to pay more.

“Translating these figures into consumer dollars, it’s simple to understand why shorter-term refinances have gained popularity in recent years,” Mendez said. “In 2013, the average balance for a mortgage refinance was $208,500, and the average rate for a 15- and a 30-year mortgage was 3.2 percent and 3.9 percent respectively.”

Given those figures, Mendez says a homeowner selecting a 15-year term would save more than $90,000 over the loan life compared to the 30-year term.

“Rather than restarting the clock on a new 30-year mortgage, existing borrowers who refinance may be able to keep a similar monthly payment because of the lower interest rates,” he added.

However, with rates slowly but steadily climbing, the popularity of shorter-term refinances may be short-lived.

“Rising rates ... will adversely affect the market share for these shorter-term loans, perhaps bringing the share back to the average levels we experienced in 2007 and 2008,” Mendez concluded.