Natural Disasters: Which States Are Being Hardest Hit Economically?

According to the latest market report from WalletHub, millions of Americans’ homes, workplaces, and businesses are damaged or destroyed by severe weather each year. From raging wildfires to tornadoes, floods and hurricanes, the U.S. sees its fair share of natural disasters, leaving many in a financial rut and/or having to rebuild from the ground up. The latest of these disasters, Hurricane Ian, may have done as much as $57 billion in damage to Florida and South Carolina; with about 1% of the total industry loss coming from the impacts of Ian's South Carolina landfall. Meanwhile, nine other natural disasters have already caused over $1 billion in damage each during 2022.

WalletHub has taken two metrics to determine among which 50 states are most impacted by natural disasters: 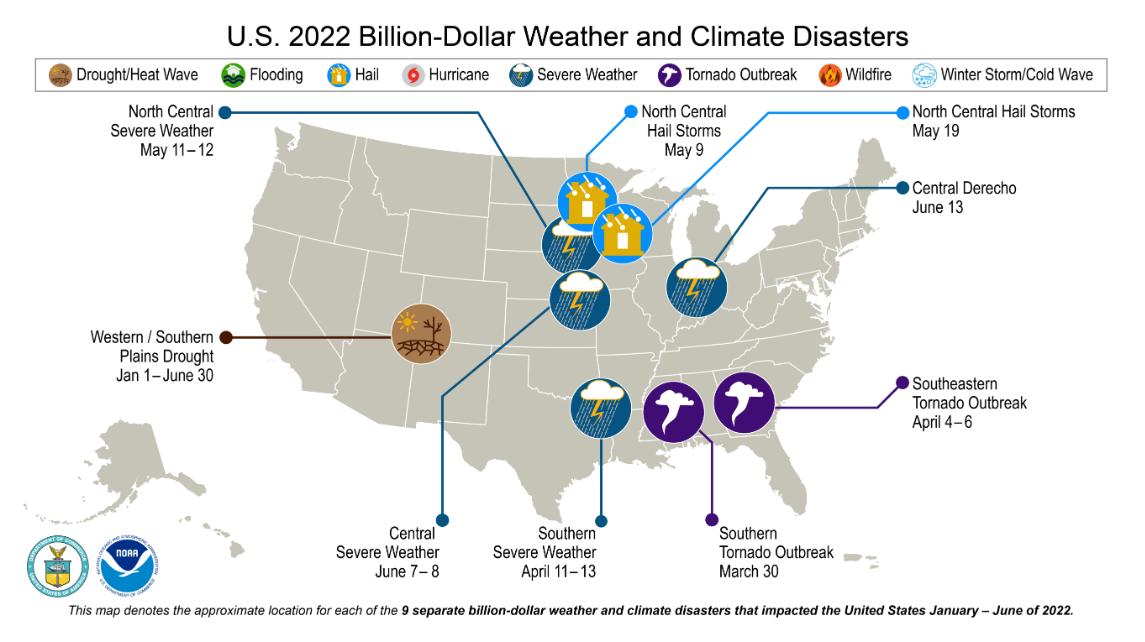 Meanwhile, people in some states are much less prone to having to deal with these tragic events than others. In order to highlight the states most impacted by natural disasters, WalletHub compared metrics with the number of climate disasters causing at least $1 billion in damage since 1980, as well as the loss amount per capita of those disasters.