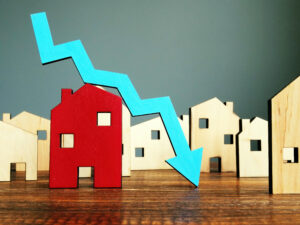 Regionally, Miami, Tampa, and Charlotte reported the highest year-over-year gains among the 20 cities in August. Miami led the way with a 28.6% year-over-year price increase, followed by Tampa in second with a 28% increase, and Charlotte in third with a 21.3% increase. All 20 cities reported lower price increases in the year ending August 2022 versus the year ending July 2022.

“The forceful deceleration in U.S. housing prices that we noted a month ago continued in our report for August 2022,” said Craig J. Lazzara, Managing Director at S&P DJI. “For example, the National Composite Index rose by 13% for the 12 months ended in August, down from its 15.6% year-over-year growth in July. The -2.6% difference between those two monthly rates of change is the largest deceleration in the history of the Index (with July’s deceleration now ranking as the second largest). We see similar patterns in our 10-City Composite (up 12.1% in August vs. 14.9% in July) and our 20-City Composite (up 13.1% in August vs. 16.0% in July). Further, price gains decelerated in every one of our 20 cities. These data show clearly that the growth rate of housing prices peaked in the spring of 2022 and has been declining ever since.” 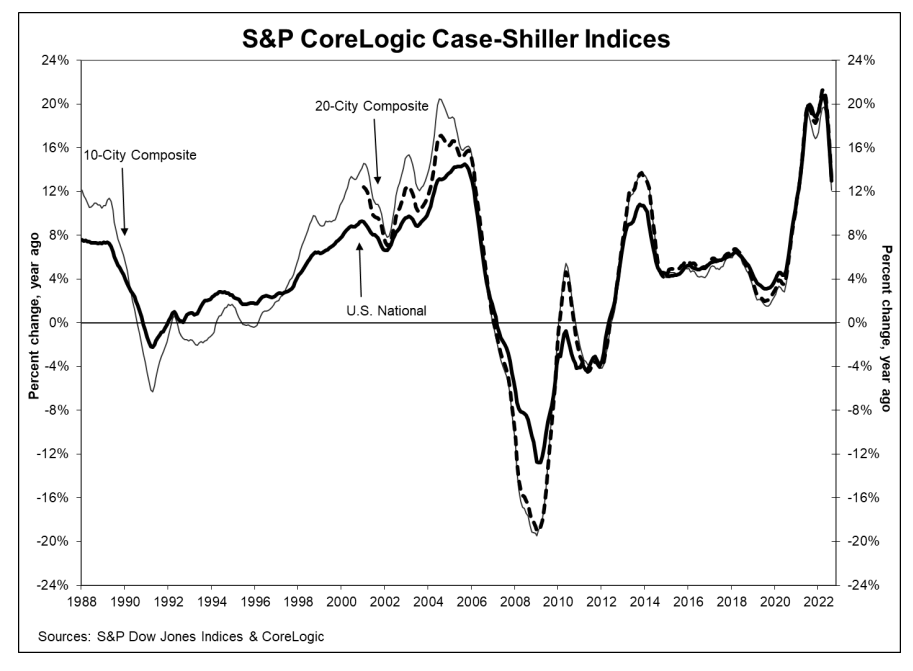 “Today’s S&P CoreLogic Case-Shiller Index captures the late-summer slowdown in home shopper activity, as families with school-age children turned their focus to preparing for the new academic year and other buyers contended with rising interest rates,” added George Ratiu, Senior Economist & Manager of Economic Research at Realtor.com. “After a slowdown in July, mortgage rates resumed their upward march in August, rising from just-below 5% at the start of the month to about 5.6% by the end. For homebuyers, the impact of higher rates was compounded by inflation running at a four-decade high, resulting in less money in their pockets and diminished budgets. The sharp pullback in demand was reflected in dropping sales and decelerating home prices.”

The pullback in demand can be attributed to the rise in mortgage rates, as Freddie Mac reported the 30-year, fixed-rate mortgage (FRM) averaging 5.55% to close out the month of August 2022. Since then, mortgage rates have rapidly edged toward the 7% mark, as just last week, Freddie Mac reported rates continuing their upward trend, hitting 6.64% for the week ending October 20, 2022.

Ratiu continued, “Since August, the housing market has continued cooling, as rates moved towards 7%–a level not seen in 20 years. With monthly mortgage payments 75% higher than last year, many first-time buyers are locked-out of housing markets, unable to find homes with budgets that have lost $100,000 in purchasing power this year. Meanwhile, due to a combination of still-high home prices and rates which more than doubled in the last 10 months, many homeowners who might otherwise sell are finding themselves locked into lower mortgage payments made in the past few years at 2.5%-3.0% rates.”