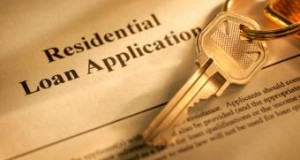 Loan defects found in mortgage application declined 1.2 percent from August to September, and is now 20.6 percent below the high point of risk October 2013.

First American released their Loan Application Defect Index for September 2015 Wednesday, which reflects estimated mortgage loan defect rates over time, by geography and by loan type and estimates the frequency of defects in the information submitted in mortgage loan applications.

First American’s Chief Economist Mark Fleming noted that “a trend is beginning to emerge nationally as defect risk has now declined for three months in a row, mitigating some of the increased risk that was observed in the early part of the year.

According to the Defect Index, defect and misrepresentation risk has fallen for the third consecutive month to a level reported in May 2015, shifting gears from the upward trend during the first half of the year.

In addition, the index has declined more than 3 percent during the last three months, it is also up 3.8 percent from the low point set in March 2015.

In late 2013, First American saw both refinance and purchase transactions defect peak, but since then, defect risk has lowered 29 percent and 16.3 percent, respectively.

First American also found that while the overall trend in defect risk is down, dispersion has been increasing. Since November 2014, the dispersion of risk has increased by 25 percent.

“As in all things real estate-related, location matters. The increasing variation in defect risk levels among major markets indicates that while the national trend in defect risk is down, that may not be the case in all places,” Fleming said. “Where one originates mortgages will have a big impact on their business experience with defect risk. Markets in Texas, Oklahoma and Florida are emerging defect ‘hot spots.’ A gap is growing between the low defect risk ‘cool spots’ and the high defect risk ‘hot spots.’”