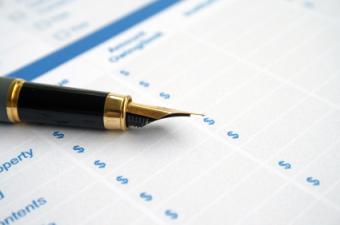 Consumer confidence rose in October to its highest level this year, according to a survey conducted by ""Nielsen"":http://www.nielsen.com/global/en.html and released by ""The Conference Board"":http://www.conference-board.org/.

According to the research association's Consumer Confidence Index, Americans are more optimistic in their views about both their present situation and their expectations for the near future.

""The Consumer Confidence Index increased again in October and is now at its highest level this year,"" said Lynn Franco, director of economic indicators at The Conference Board. ""Consumers were considerably more positive in their assessment of current conditions, with improvements in the job market as the major driver. Consumers were modestly more upbeat about their financial situation and the short-term economic outlook, and appear to be in better spirits approaching the holiday season.""

The number of consumers claiming current business conditions are ""good"" rose to 16.5 percent, while those saying conditions are ""bad"" fell slightly to 33.1 percent. Consumers' assessment of the labor market was also more positive, with the number of those stating jobs are ""plentiful"" increasing more than two percentage points to 10.3 points. The number of those claiming jobs are ""hard to get"" declined to 39.4 percent.

Responses were more varied for the short-term outlook, but consumers still showed increased positivity. Those anticipating an improvement in business conditions over the next six months increased to 21.4 percent. However, those expecting conditions to worsen edged up slightly to 15.1 percent.

The outlook for the labor market was also mixed. The number of consumers anticipating job growth in the months ahead increased to 19.2 percent, while those expecting fewer jobs increased to 20.3 percent. The proportion of consumers expecting an increase in their incomes increased slightly to 16.7 percent.

While the survey's results might be encouraging, some analysts are skeptical that the surge in confidence will last. In a response to The Conference Board's release, ""Capital Economics"":http://www.capitaleconomics.com/ economist Amna Asaf says confidence is likely already turning around.

""[T]he sample period ended around the middle of the month, so it didn't pick up the bulk of the recent declines in stock markets,"" Asaf pointed out. ""In addition, it won't have picked up any drop in confidence linked to Hurricane Sandy. ├â┬ó├óÔÇÜ┬¼├é┬ª Overall, encouraging, but we expect this improvement in confidence to fade, as Sandy, the looming fiscal cliff and lower equity prices all take a toll.""