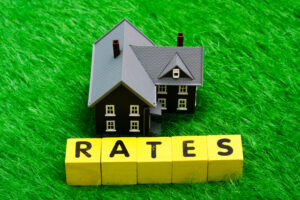 After surpassing the 7% mark last week and hitting 7.08%, Freddie Mac reports that the 30-year fixed-rate mortgage (FRM) dipped back down below that point, falling 13 basis points week-over-week and averaging 6.95% for the week ending November 3, 2022. A year ago at this time, the 30-year FRM averaged 3.09%.

“Mortgage rates continue to hover around 7%, as the dynamics of a once-hot housing market have faded considerably,” said Sam Khater, Freddie Mac’s Chief Economist. “Unsure buyers navigating an unpredictable landscape keeps demand declining, while other potential buyers remain sidelined from an affordability standpoint. Yesterday’s interest rate hike by the Federal Reserve will certainly inject additional lead into the heels of the housing market.” 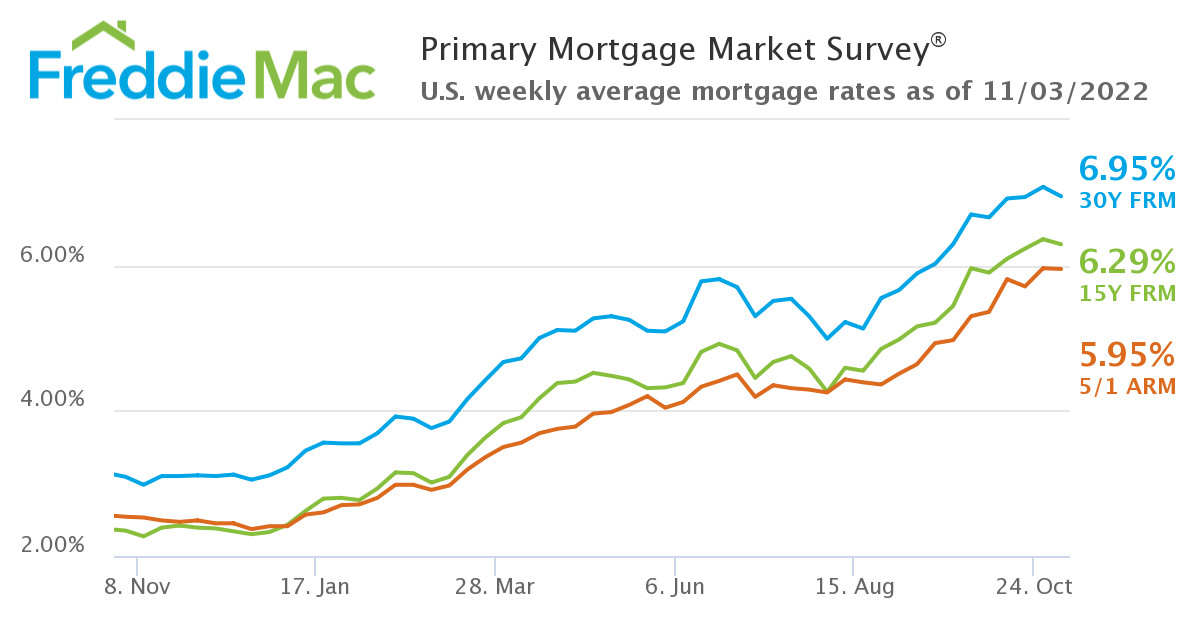 “After the meeting, Jerome Powell indicated that the Fed plans to evaluate the impact of this year’s aggressive monetary tightening on economic indicators and inflation, with the possibility of scaling back the rate increases,” said Realtor.com Manager of Economic Research George Ratiu. “However, he made it clear that any slowdown in monetary policy is premature, and that rates are likely to end up much higher than initially expected. Both two-year and 10-year Treasury yields rose higher in the wake of the announcement, pushing the yield curve even deeper into negative territory, a sign that capital markets see a rising probability of recession in 2023.”

Higher rates have led to a sudden rise in inventory, as interest wanes, the nation’s housing supply has replenished itself along the way. Zillow reports the median number of days a for-sale home has been on the market is up 45% from last year nationally, and is up in 48 of the 50 largest markets Some 46% of listings have been on the market for more than 60 days, up 10 percentage points from last year.

"Last year, sellers could seemingly list their home at any price and see multiple offers roll in above list price within days," said Zillow Senior Economist Nicole Bachaud. "Now, buyers have some negotiating power, and sellers are under pressure. Buyers are still out there and willing to buy when they find the right home at the right price, which will provide a floor for the price declines we are currently seeing. But sellers need to do things right to attract the attention of these buyers—pricing their home competitively and making their listing attractive to online home shoppers. Especially in a market that's quickly changing like today's, working with an experienced agent who knows the local market is valuable."

With inflation still a major concern for most, affordability continues to hamper most buyers, as rates hovering near the 7% mark are of no relief to most. The MBA, in its latest Purchase Applications Payment Index (PAPI) data found that homebuyer affordability continued to drop in September, as the national median payment applied for by applicants increased 5.5% to $1,941 from $1,839 in August.

“For homebuyers, housing markets are facing uncertainty in this transition period, as affordability issues put buying significantly out of reach for many,” added Ratiu. “Based on September 2021’s median home price and 30-year fixed rate, and assuming a 20% down payment, a typical homebuyer would have been looking at a $1,296 monthly payment. This year, due to both higher prices and interest rates, a typical buyer is facing a $2,261 monthly payment. In order for this year’s buyer to have the same monthly payment as last year, given a 7% interest rate, the median home price would have to decline by 45%, to about $235,000.”