Is Wage Growth Catching Up to Price Appreciation? 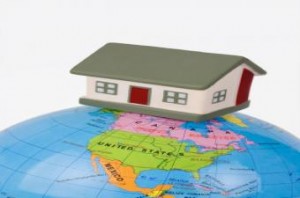 For months, home price appreciation has outpaced wage growth, which has hurt affordability. It appears that trend may be changing, however.

According to First American’s Real House Price Index (RHPI) for September 2016, the combination of meaningful income growth and low interest rates have pushed affordability to levels not seen since the early 1990s. The RHPI is a measure of affordability measuring changes in single-family home prices adjusted for income and interest rates.

“While a small uptick in rates in September caused an increase in real house prices compared to August, it is important to remember that mortgage rates remain at historically low levels. The low rates, combined with recent meaningful income gains, fueled an increase in consumer house-buying power, meaning affordability is at a quarter-century best,” said Mark Fleming, chief economist at First American. “Even as interest rates increase above 4 percent post-election, housing, on a purchasing-power adjusted basis, will continue to be more affordable than it was in the early 1990s.”

The most recent Employment Situation report from the Bureau of Labor Statistics found that hourly wage growth was at its highest level in seven years, with the average hourly wage jumping by 18 cents from August to October up to $25.92—an increase of 2.8 percent from the previous year.

First American found that real house prices, when adjusted to include income and interest rates, declined in 23 out of 43 metro areas that the company tracks for the report. The declines are attributed to wage growth offsetting mortgage rate increases and unadjusted home price appreciation, according to First American. The markets with the most improved affordability were San Francisco, Virginia Beach, Oklahoma City, and San Jose, each of which experienced a decline of 3 percent or higher in real house prices.

And while unadjusted h0use prices are close to their 2007 peak during the housing boom (0.9 percent) but real house prices are still 40 percent lower than their peak and nearly 20 percent below their January 2000 level.

“The 2017 conforming loan-limit increase announced last week was prompted by the fact that house prices have surpassed the pre-decline level established in the third quarter of 2007, according to the FHFA index,” said Fleming. “Nominally, the price recovery is officially complete, but in real purchasing-power adjusted terms, houses prices are still far below the pre-decline peak. The underlying story is consumer house-buying power is better than it has been in a generation.”

Click here to view the entire RHPI for September 2016.

Previous: Hitting New Heights of Home Price Appreciation
Next: KBRA: 2016 May Be as Good as it Gets for Lending