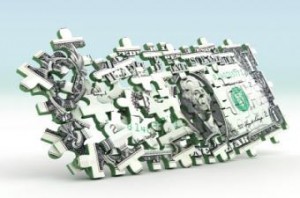 Americans' demand for mortgages dropped in the past three months, and it's only expected to fall further heading into 2015, according to responses in a fourth-quarter survey.

In a poll of senior mortgage officers conducted in November, Fannie Mae found consumer demand was down across all categories of home purchase loans, with only 42 percent of respondents reporting increases in demand for GSE-eligible loans, 43 percent for non-GSE loans, and 29 percent for government loans. Those shares compare to 53 percent, 65 percent, and 43 percent, respectively, in the third quarter.

The responses echo findings in the Federal Reserve's most recent Senior Loan Officer Opinion Survey, which showed demand fell for all mortgage types in the three months ending in October.

Looking to the early months of 2015, an increasing number of lenders anticipate demand will continue falling off, with 22 percent predicting further declines for GSE-eligible loans (24 percent and 27 percent for non-GSE and government loans).

For the most part, credit standards were little changed in the last few months—though fewer lenders reported tightening their criteria, continuing a trend seen throughout the year. In the first quarter, 28 percent of lenders said they had recently upped standards for GSE-eligible mortgages, while 34 percent and 26 percent said the same for non-GSE and government loans, respectively. Those percentages were down in the fourth quarter to 13 percent, 9 percent, and 13 percent.

A survey released this week by the Office of the Comptroller of the Currency shows that while underwriting standards loosened overall in the 12-month period ending in June, the mortgage market was an exception, holding mostly steady.

Most respondents expect to keep their criteria more or less flat in the coming months.

"The increased share of lenders who reported easing of credit standards could be associated with Fannie Mae and Freddie Mac releasing updated guidelines to their representation and warranty frameworks, intended to provide lenders with greater certainty and clarity around potential repurchase risk. These efforts indicate industry endeavors to boost housing activities by making mortgages available to more borrowers," Duncan said, adding: "We believe that some combination of easing of credit standards, relatively low mortgage rates, and ongoing labor market improvements will help the housing market to grow steadily, albeit modestly, in 2015."

In other findings, Fannie Mae found lenders continue to be more optimistic overall than consumers when it comes to the economy, with 57 percent saying they think the country is on the right track economically compared to 36 percent of consumers in the company's November housing survey.

At the same time, they remain far more pessimistic about the credit environment, with 86 percent saying it would be difficult to get a home mortgage today. Fewer than half of respondents in Fannie's consumer survey said the same.

Previous: Federal Reserve to Exercise Restraint on Rate Hikes
Next: Home Prices Down Again in October