The housing market is still trekking down the recovery path, and although the market has not returned to its peak, it has made significant progress since crisis times.

The housing market's health is undeniable in the fourth quarter of 2015 with almost no chance of a downturn over the next year, according to Nationwide Economics' Health of Housing Markets report.

The report credits the positive movement in housing to low unemployment numbers that spurred other actions in the market, which has increased renter and buyer demand.

The data showed that the unemployment rate in 90 percent of metros has decreased over the past year, and housing fundamentals are the strongest they have been in over ten years. 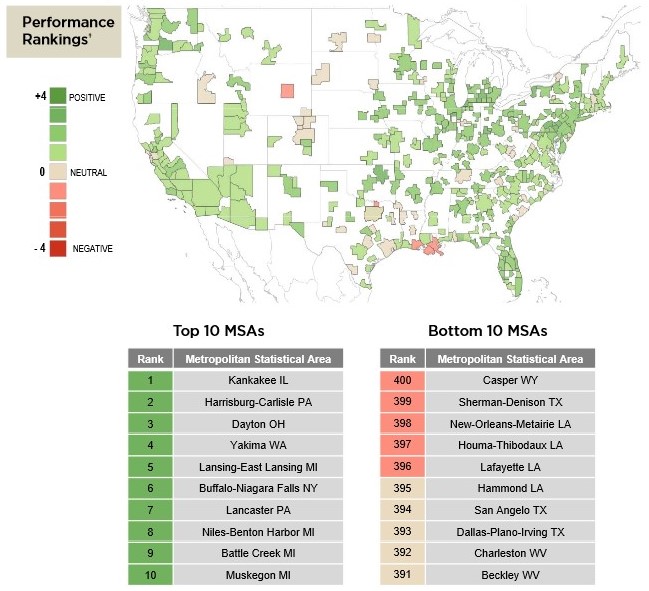 Nationwide says the labor market’s influence on a local housing market’s health can be distributed into three groups:

Nationwide's Leading Index of Healthy Housing Markets (LIHHM) shows a national value of 108.2 for the fourth quarter, suggesting that the housing market is healthy with little to no chance of a downturn in 2016.

"National house price appreciation is accelerating and is weakening relative affordability, contributing to the modest downward trend in the national LIHHM this year. Regionally, the LIHHM performance rankings show that the vast majority of metro areas across the country are healthy, indicating that few regional housing markets are vulnerable to a housing downturn–but we have increasing concerns about local markets that have a heavy reliance on the energy sector, as low oil prices are reducing employment," the report stated.

New Orleans-Metairie, Louisiana was the only metro with a negative reading. 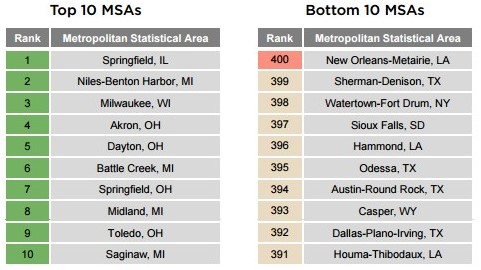