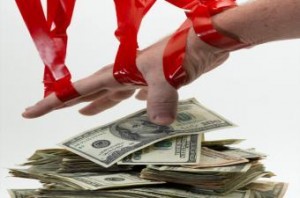 In a comment letter addressed to the Federal Housing Finance Agency's (FHFA) general counsel, Alicia Nealon, director of regulatory affairs for the National Association of Federal Credit Unions (NAFCU), voiced the association's opposition to the proposal, which she says would "disenfranchise over 1 million credit union member-owners."

"Given the onerous nature of this proposal on credit unions, the lack of a Congressional mandate for 'ongoing' FHLB membership requirements and the current requirements that already exist for FHLB members to demonstrate a commitment to housing finance, NAFCU must oppose the proposed rule and urge its withdrawal," Nealon wrote.

In her comment letter, Nealon says the membership requirements fail to take into account a credit union's asset size or experience level. She also says NAFCU is concerned that the standards (particularly the 1 percent requirement) don't take into account the kinds of fluctuations that can happen in portfolios due to changes in economic conditions.

As an alternative, the group suggests that the agency allow loans sold in the secondary market to count toward an institution's 1 percent threshold.

Also of concern to NAFCU is FHFA's proposal to determine if FHLB members meet eligibility standards on a yearly basis and to terminate any members that fail to comply after a two-year grace period. The group instead suggests a five-year probationary period for lenders to get back up to standard.

Previous: Home Values Down as Appraisers, Homeowners Get in Sync
Next: HUD Secretary Hails ‘Year of Housing Opportunity’