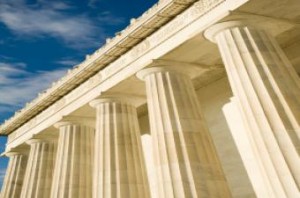 The White House has made it official: President Obama has nominated San Antonio Mayor Julián Castro as the next Secretary of HUD. Castro had been the rumored frontrunner for the position but wasn't officially announced and hadn't accepted the nomination until recently.

The current HUD Secretary, Shaun Donovan, will serve as the Director of the White House Office of Management and Budget (OMB).

The White House wrote in a release that "Mayor Castro has made significant progress in San Antonio and put the city and its citizens on a new trajectory."

The White House noted Castro's record as a leader in housing and economic development programs, specifically citing his relationships with other mayors and key partners in the Obama Administration's Promise Zones initiative. San Antonio was highlighted as a "shining example" of a revitalized city over the past few years.

"A home is a source of pride and security. It's a place to raise a family and put down roots and build up savings for college or a business or retirement, or write a lifetime of memories. And maybe one day the kid grows up in that home and is able to go on to get a great education and become the Mayor of San Antonio, and become a member of the President's Cabinet," President Obama said in a retelling of Castro's story.

Shaun Donovan, the departing secretary, will shift roles into the OMB, where he will continue to advise the president.

"In the wake of the foreclosure crisis, Donovan reaffirmed HUD's commitment to building strong, sustainable, inclusive neighborhoods that are connected to education and jobs and provide access to opportunity for all Americans," the White House said.