The Senate cleared a bill Thursday that bans bonuses for executives with either of the GSEs and requires mortgage disclosures from senior-level government officials.

If signed into law by President ""Barack Obama"":http://www.whitehouse.gov/administration/president-obama, the STOCK Act will prohibit government officials and their staff members from trading on political intelligence for personal profit and impose new disclosure rules on many others, including members of Congress, federal appointees, and diplomats.

Except in certain circumstances, under the law, government officials and their spouses will need to disclose report on and disclose information about their mortgage loans.

Lawmakers tucked the stipulation into the bill largely in response to an earlier ethics investigation that purportedly uncovered evidence that several members of Congress may have received special privileges for their Countrywide Financial Corp. loans in exchange for political influence.

The ban on GSE bonus pay made its way into amendments and early versions of the bill last fall, when _Politico_ ran a story publicizing $13 million in bonuses for 10 senior-level executives with ""Fannie Mae"":http://www.fanniemae.com/portal/index.html and ""Freddie Mac"":http://www.freddiemac.com/ last year.

The FHFA had been making moves ever since to prohibit bonus pay, going so far as to outline steps in a recent proposal to reform the secondary mortgage market.

If the STOCK Act becomes law, senior-level executives with Fannie and Freddie will be eligible to receive only the highest pay grade for federal employees.

Previous: Mortgage Rates Lift Above 4% for First Time Since October
Next: New-Home Sales Fall in February for Second Straight Month 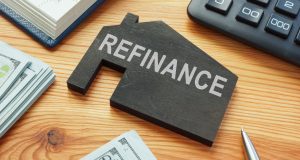