How Lack of Smarter Logic Cuts Into Lender Profits 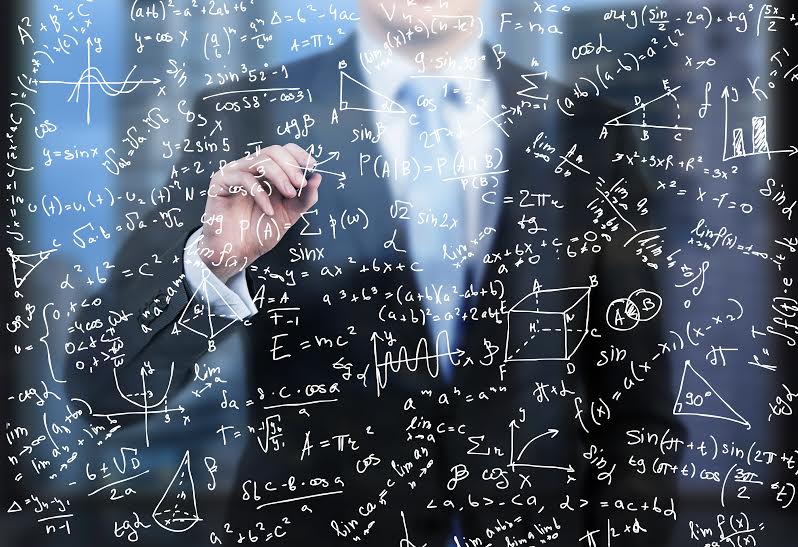 The ROI of Rules-Based Decision Engines

Lenders have various loan origination system (LOS) choices available today to ensure that their operations run smoothly, but choosing the right one can be trickier than it seems. The LOS, technologically speaking, is a lender’s beating heart. When the LOS is working at its peak potential, the entire system has a higher likelihood of running smoothly. When it fails to keep up, the ill effects are felt throughout the organization.

While the late Leonard Nimoy said countless times as Mr. Spock in Star Trek, “It’s only logical, Captain,” Nimoy himself more wisely observed, “Logic is the beginning of wisdom, not the end.” To appreciate why this is true, it is helpful to examine the role of logic in the modern LOS, and how administering smarter logic can be the difference between making the right and necessary choice.

After observing the countless features and tools included in an LOS, ultimately a sizeable deciding factor should be how the system is built—and how it leverages logic to streamline a lender’s work. One could well assume that popular loan origination systems all function with logic, but that’s not necessarily true. Behind fancy bells and whistles, and modern looking screens, many popular systems are antiquated in nature. Rules capabilities are not all alike, and the largest providers aren’t necessarily the most sophisticated.

The two most prominent approaches to helping lenders get the most from their LOS are template-based, and rules-based designs. As the first main concept used, the template-based approach was tried and true for decades. Templates provided form and function. But do they provide logic?

Managers at every level constantly think in terms of “If/Then” progressions for decision-making, and each operates within their own set of rules as set by company policy, personal experience, and business ethics. The rules-based approach to LOS technology thinks the same way, though the rules come from other sources. A look back at how the all-important LOS developed over time sheds light on the importance of making the right (and logical) choice.

The first LOSs were PC-based, run by floppy disks on desktop computers. Files were saved and moved about by basic networking, and even by exchanging disks. While this sounds like the lending equivalent of starting fires by striking stone to flint, it was a big leap over the purely paper and typewriter-based processes that had gone on before. The main point of the early systems was to provide a means for inputting data once and having multiple forms populated with the repetitive information. Later in the ’90s, there were big improvements to PC-based systems, including WYSIWYG (pronounced whizzy-wig), a now-archaic term that simply means, “what you see is what you get.” Forms looked like forms instead of showing up as blinking green cursors on black screens.

This led to the introduction of templates to provide information defaulted for the various loan programs and transaction types, which was a major time-saver. Templates improved efficiencies but still required users to ensure the correct template was selected, and the templates did not cover all lender activities. Additionally, this method did not take into account all the various scenarios that the staff had to deal with in real-life practices. Templates possessed a rudimentary If/Then potential, but did not accelerate true decision-making or enable advanced workflow capabilities.

As loan origination systems became more sophisticated, and shifted to installed—and later to SaaS (Software as a Service)—delivery models, capabilities increased tremendously. Rules-based decision engines became more generally available, cementing the LOS’s role as the lender’s automated partner rather than a mere clerical enhancement. The difference is as dramatic as switching from a ’90s vehicle to a modern one—complete with antilock brakes, digital fuel injection, full airbags, collision avoidance systems, self-parking, and smartphone interfaces. Template systems are still out there, but rules-based processes in the LOS enable a far smoother ride for the modern mortgage company.

While templates provide some guidance on the forms, loan types, and programs, more modern rules-based methods can create a highly effective manufacturing process based on the specific data points of each loan. Examples of these additional data points that can drive file requirements include property type (single-family, condo, or planned-unit development), borrower type (borrow, co-signor, accommodation mortgagor, or U.S. citizen/non-resident alien), automated underwriting system and other interface findings, income, and many more. Each of these can affect the workflow on the loan file, some requiring documentation that others do not, and much of it highly detailed. Property type, for example, can trigger homeowners association (HOA) monthly fees and covenants, but not on all single-families, and on most of the condos and PUDs. With rules firing elements of the workflow, processing knows to ask for information on these that not only are important to have in the file, but can impact basic eligibility criteria such as debt-to-income (DTI) ratio calculations.

More importantly, the rules-based approach can keep errors and defects from occurring, and this is not a trivial benefit. Experienced lenders understand that even a minor error can require significant resources to cure and can cost tens of thousands of dollars. Defects and errors can also:

Increase expenses by requiring a pool of resources to focus on cures that are not necessary when efficient and accurate processes are in place;

Become distractions for key managers and keep them from focusing on more productive objectives; and

Cut directly into profits. The costs to resolve these issues come straight out of net income, directly affecting a lender’s bottom line.

Rules-based LOS systems are highly customizable for each lender’s process model. They typically include presets for industry best practices, providing usability right “out of the box.” But tweaking them to fit your business can be surprisingly simple. Customizing a technology system generally makes managers think of IT specialists and software developers, but that is seldom the case with the best modern LOS software. Rules engines are designed for use by business-side subject matter experts rather than technology specialists.

Readily understood If/Then steps are enabled so that lender customization remains logical and nothing gets lost in translation. If dealing with a self-employed borrower, for example, then the standard best practices rules specifying tax returns are triggered, automatically listing them as a requirement during the interview process, and before taking the loan to underwriting. But what if a particular lender or investor has tighter tolerances for income from certain sources? The rules can be immediately modified for the specific range and set to fire if needed. Logic prevails and time is saved across the entire origination process.

More accurate file documentation right from the start of the loan process, enabling better service and fewer hours required to process each loan;

User restrictions based on employee roles that prohibit them from making changes to, approving, or funding a loan that could result in defects, providing an ongoing quality control safeguard;

More accurate loans delivered to the secondary market, resulting in a reduced number of staff hours to cure investor errors and omissions requirements;

Efficient systems that increase staff productivity, retention, and collaboration. When a predictable and accurate process is in place, all staffers have clearly defined responsibilities and the tracking of requirements can be transparent; and

Many on the origination side of the house will agree that the LOS is the most important technology decision a company can make. The smarter the system, the more effective the company can become, particularly if the logic can be delivered directly to borrowers when they apply, and integrated with the lender’s other vendors.

Rules-based loan origination systems—possessing what amounts to a logical, native intelligence that facilitates decisioning—play well with others. Streamlining the initial interview process and collection of documentation is most efficient with a rules-based system. In addition, virtually all lenders require third-party sources for pricing, verifications, credit reporting, and automated underwriting. Loan decisions and processing require input from these providers in order to keep the loan moving through the pipeline, and documents flowing in through a variety of means.

Advanced rules-based LOS systems are able to accept and largely manage the inflow of documentation through most means, and then trigger actions based on their receipt. Communications can be generated to advise parties that the appraisal has been received, for example. Or in another example, questions exist on another piece of documentation that has arrived. Imaging systems can identify document types, read certain fields, and then send the document to the correct person who needs to see it, as well as to the appropriate loan file. Rules can also identify when certain documents are going to expire and when human intervention might be needed to prevent a delay.

The ability to make simple judgments and trigger actions, thanks to a customizable set of rules, saves a tremendous number of phone calls and other time-sapping activities. And every saved minute will make it’s way to a lender’s bottom line.

Finally, there is another benefit to advanced rules-based LOS systems: They are surprisingly easy to evaluate and adopt. Some have SaaS/Cloud delivery options, are designed to integrate readily, and are engineered for ease of use by mortgage staff and system administrators.

All in all, it is nothing short of amazing how far these systems have come in the last decade or so. The modern rules-based LOS quite literally makes its predecessors obsolete, much the same way as the modern smartphone has replaced the old flip phones. Current mortgage professionals are able to compete at the highest technology levels, regardless of their size, thanks to these innovative software platforms. And equipped with smarter logic, in the form of the rules-based design, mortgage lenders can find “the beginning of wisdom,” a remarkable state of the art that is available today.

Editor's note: This select print feature appears in the May 2016 edition of MReport magazine.

Previous: GDP Adds Fuel to the Fed’s Fire
Next: Why is Originator Profitability Muted?

Lionel Urban serves as CEO, founding partner, and chairman of the board for PCLender, LLC. In this role, he is responsible for the overall strategic direction and the vision behind the technology development of the company. Prior to founding PCLender, LLC, he served as co-founder and CEO of Navigator Lending Solutions, Inc. (NavPros), a fulfilment services company specializing in mortgage banking services. Preceding NavPros, Urban was the co-founder, president, and CEO of PCLender.com®, Inc. from 1997 to 2011. During this time, he supervised the development of a pioneering, internet-based mortgage technology platform supporting banks, credit unions, and mortgage companies across the country. Since 1987, he has acquired vast mortgage banking experience in management, origination, operations, secondary marketing, and compliance roles within banks, credit unions, and independent mortgage bankers.