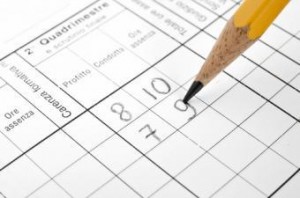 The review covered the fourth quarter of 2013.

The Federal Home Loan Bank system had positive earnings as well, noting $2.5 billion of earnings in 2013. The yearly earnings were down slightly from the $2.6 billion reported in 2012. Notably, aggregate advances increased by 17 percent to $499 billion. As a percentage of total assets, advances increased to 60 percent.

Post-crash business was also up at Fannie and Freddie.

"The post-conservatorship business (2009 to present) continues to become a larger piece of the total single-family portfolios as new business is added and homeowners take advantage of low interest rates to refinance existing loans. This post-conservatorship business now accounts for approximately 76 percent of the total single-family portfolio at both Enterprises," FHFA said.

Delinquency rates for these new loans remain at or below one percent. However, seriously delinquent rates for loans originated between 2005 and 2008 remain high and account for roughly 15 percent of the single-family portfolios.

The fourth quarter of 2013 saw a drop in refinance activity from increasing mortgage rates. Home Affordable Refinance Program (HARP) actions dropped by 8 percent to approximately 893,000 in 2013. However, HARP volume as a percentage of total refinance volume remained relatively constant at 22 percent in 2012.