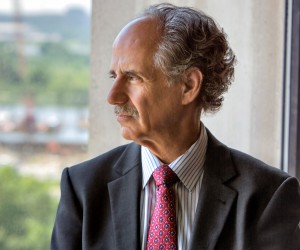 HUD Secretary Julián Castro has called 2015 “The year of housing opportunity.” So when he announced in late March that he was tasking Edward Golding with the newly created role of Principal Deputy Assistant Secretary (PDAS) for the Office of Housing, all attention turned to what this new figure would bring to the role—one he took over from acting commissioner of the FHA Biniam Gebre.

Dedicated, visionary, and optimistic about the future of homeownership, Golding has spent more than 25 years in mortgage finance in both the public and private sector. Prior to joining HUD in 2013, he held several senior positions during a 23-year tenure with Freddie Mac—where he served as SVP of Economics and Policy, Program Executive of Making Home Affordable, SVP of Economics and Strategic Analysis, and SVP of Capital Oversight and Economics.

Despite his busy schedule shaping the future of American homeownership, Golding sat down with us this month to address your pressing questions on the FHA, mortgage insurance, housing, down-payment assistance, and more.

M // You’re relatively new on the job. What made you interested in public service? What principles drive the way you approach your new role as Principal Deputy Assistant Secretary for the Office of Housing?

Golding // I am from Ohio and I have been lucky to have a career that has given me the opportunity to work in academia, and in the public and private sectors. I believe in public service and come by the commitment from my family, as my father was an academic and my mother worked in the public health administration. Spending time in both the public and private sectors has led me to some core principles that, despite the differences between those environments, work well in both. I think it is important to try to make the right decision. That is often easier said than done, and as Mark Twain said, doing the right thing will gratify some and amaze the rest. I value clarity, simplicity, and collaboration; keeping these things in mind when problem-solving or making a decision generally leads to the right outcome.

M // Shortly after HUD Secretary Julián Castro announced the new position of Principal Deputy Assistant Secretary of Housing, Sen. Charles Grassley (R-Iowa) voiced criticism that such a role should have been nominated by the White House and confirmed by the Senate, as has been traditionally done in the past with the role of FHA Commissioner. What is your response to the criticism about the way your hiring was structured?

Golding // The appointment of a Principal Deputy Assistant Secretary is a necessary step so that HUD can continue to serve the American people. Ultimately, the employees and the public deserve to have someone lead the program. It is important to have committed public servants in leadership roles, as it supports the goal of effectively managing the organization. Also, this is not new; the PDAS position is utilized at other government agencies (such as the departments of State, Labor, and Defense).

M // In your new role, how will you continue to promote the FHA’s initiative of providing low-cost mortgage insurance to qualified borrowers?

Golding // FHA has been providing mortgage insurance for 80 years, creating the first fixed-rate mortgage during the Great Depression. With such a history, I welcome the responsibility of carrying on FHA’s great tradition. We are coming out of the recession well-positioned to meet our mission, and I look forward to continuing our long history of helping qualified families buy a home.

M // At the start of the year, the FHA lowered its mortgage insurance premiums for the first time since 2001. What does the FHA hope to achieve by this action? How would you respond to some criticism that such a move could put taxpayers at increased risk?

Golding // It was clear that by lowering premiums we could help homeowners and continue to build the Fund. We have been very focused on improving access, and the premium reduction improves access by increasing affordability. The reduction is expected to help more than 800,000 borrowers each year save an average of $900 each. This means about 2 million households will save a total of $2 billion over the next three years, and we anticipate that about a quarter of a million new borrowers will come into the market over the same time period.

Prior to the reduction, FHA premiums for its 2014 book were more than four times the amount needed to cover the credit risk on those loans. The Urban Institute wrote a report, “FHA: Time to stop overcharging today’s borrowers for yesterday’s mistakes.” Many other advocacy groups were raising concerns about the impact of the steep premiums on prospective homeowners, especially first-time buyers. Reducing premiums helps us more effectively serve many low- and moderate-income households.

Even with the decrease, premiums remain 50 percent above the pre-crisis levels. The decision to reduce premiums allows us to facilitate affordability and continue to build the Fund.

M // What are the FHA and HUD currently doing to try and transfer the risk to the private market and away from taxpayers?

Golding // FHA currently transfers risk to the private sector in different ways. For example, the Distressed Asset Stabilization Program, where mortgage notes are sold to investors, is one of the ways FHA shares risk on non-performing assets with private sector investors. Additional risk-sharing makes sense only if the incentives for FHA and any private players are appropriately aligned. FHA would have to consider a wide range of factors, including how sharing risk impacts costs to borrowers, affects Ginnie Mae securities, and alters FHA’s counter-party risk profile.  We must keep in mind that FHA has both a business and a public-policy function: We run a large insurance company and we must do so in a prudent and fiscally responsible manner. Risk-sharing would need to facilitate the mission and truly add value.

M // What is FHA’s outlook for homeownership levels in the near term?

M // Despite the recession, many Americans still strive to become homeowners. Do you believe the conversation surrounding housing should move away from the assumption that owning is better than renting?

Golding // Of course housing policy should support both; it is important that people have access to affordable housing regardless of whether they choose to rent or own. As we continue to refine housing policy in response to the crisis, we should not lose sight of the fact that we have a severe shortage of affordable rental housing. Yet, homeownership is associated with many positive benefits. It is a primary source of building wealth, helping people move into the middle class. And owning a home promotes stable communities. Taken together, these factors underscore the importance of preserving homeownership options while working on ways to create more affordable rental housing.

Golding // While I think it is always good to assess government programs, we should be careful about how the term ‘subsidy’ is used. Subsidies can take many forms—homeowners’ ability to deduct mortgage interest from their taxable income is a form of subsidy. The support FHA provides to the market can be viewed as a subsidy, as can FDIC deposit insurance. Government supports housing in a wide variety of ways because it is an important part of the economy and because people need places to live.

During this most recent crisis, FHA provided an extraordinary level of support. FHA market share rose from approximately 3 percent to 25 percent. Historically, FHA’s market share is closer to 10 percent. Economists have noted that housing prices would have fallen more, and that the recession would have substantially worsened, without FHA. FHA’s impact on the recession really illustrates the important role government plays in housing. And that is the right approach, because housing is a platform for most everything else in our lives—education, employment, and health.

M // A main concern for potential homeowners today is saving toward the down payment. Does it make sense for the Administration to come up with a mechanism for saving for a down payment? Would a private account similar to the way that many save for a college education be feasible?

Golding // I think anything that supports more wealth creation for moderate-income people is positive. So I am open to ideas that help accomplish that goal. Housing prices in some parts of the country are high enough that it is very difficult to save the amount needed for a large down payment, so taking steps that help accumulate wealth would help address some of those barriers.

M // In light of the lessons learned from the housing crisis, what does a responsible housing policy—one that balances expanding access to credit with upholding responsible lending—look like?

Golding // As long as we remember that making fully documented loans to qualified borrowers did not cause the crisis, developing a balanced policy is very achievable. Through Dodd Frank, we have taken some important regulatory steps, such as defining a qualified mortgage. Given the work we have done to make sure that the poor lending practices, which led to the crisis are not repeated, it is time to focus on access. That is what we have been doing at FHA—clarifying our policies and eliminating ambiguity and inconsistency, so lenders know the rules of the road and can more effectively assess exposure. Making the effort to develop clear, concise policy is the first step toward encouraging access.

M // What role would you like the FHA to continue to play in the housing market?

Golding // FHA should play the role it has always played: facilitate homeownership for underserved groups. FHA has been an especially important way to access homeownership for first-time homebuyers including many minority families. In addition to helping qualified families purchase a home, FHA plays the countercyclical role of providing liquidity when the private market steps back. The Great Recession provides a good example of how important this role is; economists have noted that without FHA, housing prices might have fallen another 25 percent. So, it is incredibly important that FHA is available during economic downturns.

Previous: Mortgage Rates Reach New Highs for 2015
Next: Forecast Expects Housing Market Growth to Slow Down for the Rest of 2015