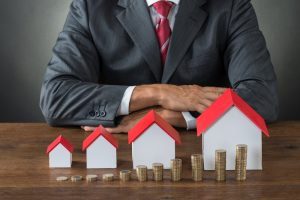 Household Debt, led by mortgage debt, increased substantially in 2017 as the economy continued to grow for the fifth consecutive year, according to the Quarterly Report on Household Debt and Credit released by the Federal Reserve Bank of New York. The report is based on data from the New York Fed’s Consumer Credit Panel, which uses individual- and household-level debt and credit records drawn from anonymized Equifax data.

Total household debt increased by $193 billion or 1.5 percent during the year to $13.5 trillion, the report said, marking the fifth consecutive year of positive annual household debt growth. Mortgage debts increased substantially during the fourth quarter and stood at $8.88 trillion, an increase of $139 billion from the third quarter of 2017—marking their most substantial increase in several quarters.

The report indicated that unlike overall household debt balances, which surpassed their previous peak reached in the third quarter of 2008, mortgage balances remained 4.4 percent below those peaks. Balances on home equity lines of credit (HELOC) declined again, by $4 billion and now stand at $444 billion.

The report, which measures mortgage originations as the appearance of new mortgage balances on consumer credit reports and includes refinanced mortgage, said that originations were down from $479 billion in the third quarter to $452 billion by the end of 2017.

“Despite recovered house prices, mortgage balances remain far below their previous peaks in the states that were hardest-hit by the Great Recession,” said Donghoon Lee, Research Officer at the New York Fed. “While the subdued mortgage balance levels of these areas should not necessarily be interpreted as a negative outcome, the regional differences clearly show that the echoes of the financial crisis still linger.”

According to the data, Texas, North Dakota, and Delaware had mortgage balances more than 10 percent above their previous peak. On the other hand, Florida, Arizona, Nevada, and California showed balances still at least 10 percent below their earlier peak. These were the states that were severely impacted by the Great Recession.

With the economy growing, household debt is expected to increase further and has already started speculations in the media and markets on another Great Recession-type scenario in the making. However, there are a number of differences between then and now. Don't miss the April issue of MReport for more insights on how the economy is affecting consumer debt and vice-versa.