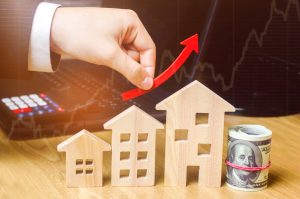 Mortgage rates continue to ascend and climb over the 5% mark, rising 0.11% this week as the latest Freddie Mac Primary Mortgage Market Survey (PMMS) found the 30-year fixed-rate mortgage (FRM) rise to 5.11%. A year ago at this time, the 30-year FRM averaged nearly 2% lower at 2.97%.

“Mortgage rates increased for the seventh consecutive week, as Treasury yields continued to rise,” said Sam Khater, Freddie Mac’s Chief Economist. “While springtime is typically the busiest homebuying season, the upswing in rates has caused some volatility in demand. It continues to be a seller’s market, but buyers who remain interested in purchasing a home may find that competition has moderately softened.”

Some buyers are scrambling to lock in rates before they get too high, as the Mortgage Bankers Association (MBA) reported a newfound interest in adjustable-rate mortgages (ARMs), with ARM activity increasing to 8.5% of total application volume week-over-week—marking a three-year high in ARM activity. 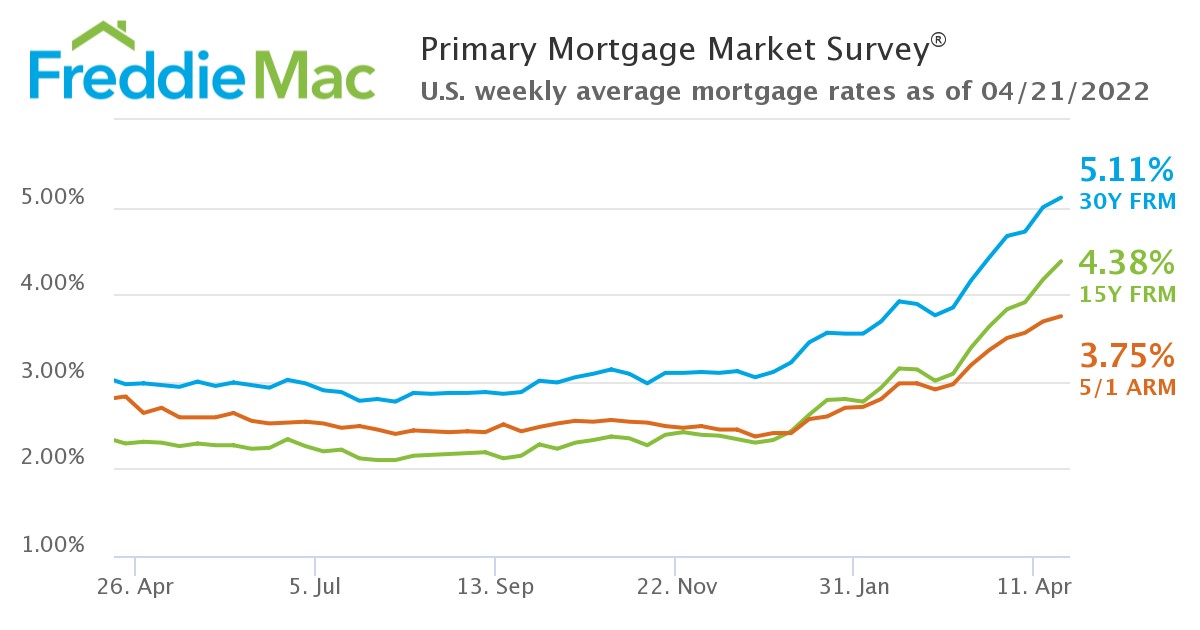 “Buyers who weren’t able to lock their rate are finding themselves unable to afford the much higher payment on today’s homes,” said Realtor.com Manager of Economic Research George Ratiu.

While some buyers are racing to lock in rates, others are being forced to the sidelines citing affordability concerns amid strong inflationary pressures.

The National Association of Realtors (NAR) reports median existing-home price nationwide for all housing types in March 2022 skyrocketed to $375,300, up 15% year-over-year when the median price was $326,300.

The combination of rates in excess of 5% and prices hitting new highs is driving down overall existing home sales, as NAR reported existing-home sales dropping for the second consecutive month in March to a seasonally adjusted annual rate of 5.77 million, falling 2.7% month-over-month from February, sliding 4.5% year-over-year.

The lack of homes available is not helping the cause either as total U.S. housing inventory at the end of March stood at 950,000 units, up 11.8% from February’s totals, but down 9.5% from just one year ago when the nation’s housing supply was at 1.05 million.

“We’re starting to see this in market activity, with March’s existing home sales data showing a 2.7% decline,” added Ratiu. “It’s not surprising that sales have been dropping sharply at the entry-level compared to a year ago, however we’re beginning to see the combination of tight inventory and rising rates taking a toll on sales in the midrange of the market as well.”