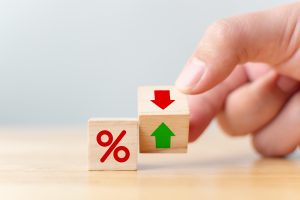 “Mortgage rates resumed their climb this week as the 30-year fixed reached its highest point since 2009,” said Sam Khater, Freddie Mac’s Chief Economist. “While housing affordability and inflationary pressures pose challenges for potential buyers, house price growth will continue, but is expected to decelerate in the coming months.”

Showing continued growth were adjustable-rate mortgages (ARMs), as the MBA reported the ARM share of activity at 9.3% of total applications week-over-week, with buyers locking in rates before they continue their upward ascent.

“After nearly three years of mortgage rates under 4%, a new reality has emerged for homebuyers. Not only are listing prices at an all-time high, financing a home purchase has gotten significantly more expensive,” noted Realtor.com Senior Economic Research Analyst Joel Berner. “With much higher monthly payments, buyers who don’t have savings for a large down payment risk being priced out of the market. Unfortunately, this is occurring just as nationwide rents reach an all-time high, making saving more difficult for those looking to buy their first home.” 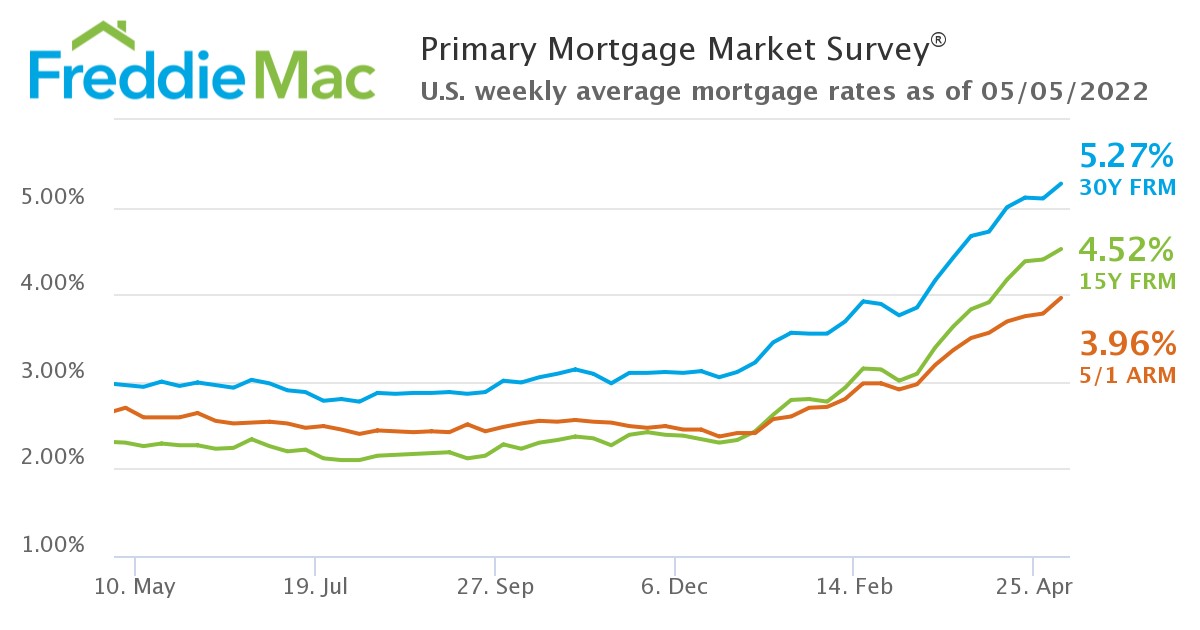 According to Redfin, the median rent price surged 17% in March to $1,940, its largest annual increase since February 2020. At the same time, the median price of a mortgage rose twice as fast: rising by 34% as compared to last March to $1,910, which was also the biggest increase in Redfin’s records.

“One bit of good news for determined buyers is that the number of homes for sale, while still below pre-pandemic levels, is showing a glimmer of hope,” added Berner. “There were 3% more new listings on Realtor.com during the last week of April than at the same time last year. As prospective buyers budget for a new mortgage and evaluate whether to continue their home search in light of affordability challenges, they might find that the competition is thinning out just as more home options come onto the market."

Despite yesterday’s announcement by the Federal Open Market Committee (FOMC) increasing the nominal interest rate by another 50 basis points to 0.75-1.00%, mortgage rates were impacted moderately in light of the rate hike. The Fed’s increase comes as Consumer Price Index data shows inflation nationwide at 4.2%, the highest level it has been since 2008.

“In an attempt to counter the most severe inflation since 1982, the Federal Open Market Committee has implemented the largest interest rate increase since 2000 to slow the flow of money through the economy,” said Berner. “Additionally, it signaled its intent to decrease the money supply by reducing the size of its balance sheet to the tune of tens of billions of dollars each month. Pulling this lever increases the potency of the rate increase, which allowed Chair Jerome Powell to signal that additional rate increases of more than 50-basis points are not imminent. This news was met with enthusiasm by stock market investors. These initiatives, though major in scale and in their intended impact on inflation, had a more moderate effect on mortgage rates. This is primarily because the moves were expected, and the market had already taken them into account in recent weeks.”