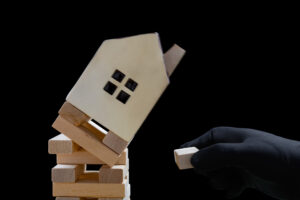 As rates continue to jump wildly above the 5% mark, and dip below that point, mortgage apps are yet again dwindling, as the Mortgage Bankers Association (MBA) reports that overall app volume declined for the second week in a row. Apps fell 2.3% from last week’s totals, according to the MBA’s Weekly Mortgage Applications Survey for the week ending August 12, 2022.

“Mortgage application activity was lower last week, with overall applications declining over 2% to their lowest level since 2000,” said Joel Kan, MBA’s Associate VP of Economic and Industry Forecasting. “Home purchase applications continued to be held down by rapidly drying up demand, as high mortgage rates, challenging affordability, and a gloomier outlook of the economy kept buyers on the sidelines.”

Also impacted by the sudden rise again in rates were refis, which slipped to 31.2% of total overall mortgage applications, down from 32% the previous week. The volatile rate environment continues to impact adjustable-rate mortgages (ARMs) as well, as the share of ARM activity fell to just 7% of total applications.

Homebuyer competition has fallen to levels last seen during the outset of the pandemic. According to Redfin, 44.3% of home offers written by their agents faced competition in July 2022. This total compares to a rate of 50.9% reported in June 2022, and 63.8% year-over-year. This marks the second-lowest total recorded by Redfin—as only April 2020 saw a lower number as stay-in-place mandates and lockdowns brought the housing market to an essential standstill at the beginning of the COVID-19 pandemic.

The Q2 National Association of Realtors (NAR) quarterly housing report found that, despite market influences pushing up rates and slumping home sales, most metropolitan areas still reported double-digit annual price gains compared to Q1. Of 148 of the top 185 metropolitan areas (80%) polled by NAR, double-digit price gains were reported, up from 70% recorded during Q1 of 2022, as the price of a median single-family home hit $400,000 for the first time on record—and then surpassed it—finally landing at $413,500 by the close of Q2.

The one positive byproduct to these forces is an uptick in the nation’s housing inventory, as the share of homes that were listed for 30 days or longer without going under contract increased 12.5% in July 2022 year-over-year, according to Redfin. The report found that 61.2% of for-sale homes were on the market for at least 30 days, up from 54.4% a year earlier—marking the first year-over-year increase in “stale” housing supply since the beginning of the pandemic.