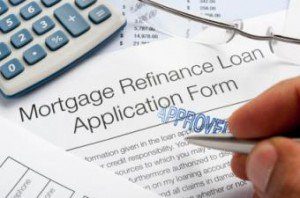 The analysis pointed out a couple of reasons for the rise in this activity. First was the rising mortgage rates that have significantly curtailed rate refinances loans, which in turn were boosting the share of cash-outs.

The Monthly Chartbook also looked at default rates for the government-sponsored enterprises (GSEs) are much lower than they were a few years ago, according to an analysis of vintage loan level GSE credit data by the Urban Institute.

The data was analyzed as part of the Institute's Monthly Chartbook for November. Looking at Fannie Mae and Freddie Mac's 1999-2003 vintages, the analysis revealed that cumulative defaults totaled around 2 percent while those for loans from 2007 were at around 13-14 percent. However, they began to fall starting with the post-2009 vintage of loans, which are on pace to fall below the pre-2003 levels.

The analysis also looked at the status of the loan after it had experienced a credit event (defined as a delinquency of 180 days or more, a deed-in-lieu, short sale, foreclosure sale, or REO sale) and found that for Fannie Mae loans 14.7 percent were current, 16.1 percent were prepaid, 10.2 percent were still in the pipeline, and57.8 percent were already liquidated. Freddie Mac loans also showed similar results.

Previous: Examining Connections Between Wildfires and Fraud
Next: 10 Best and Worst Metros for Homebuyers