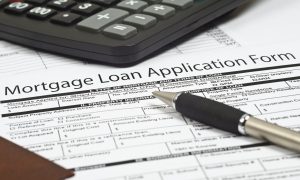 Despite a reduction last week in the 30-year fixed-rate mortgage (FRM), the Mortgage Bankers Association (MBA) has reported a decline in overall mortgage application volume, as mortgage apps fell 5.4% week-over-week (for the week ending July 1, 2022).

And just as FRMs were heading on a collision course with the 6%-mark, Freddie Mac reported a hard turn last week, dropping to 5.70% (down 0.11% from the previous week). This marked the first week of declines in rates after a three-week run in rates rising.

“Mortgage rates decreased for the second week in a row, as growing concerns over an economic slowdown and increased recessionary risks kept Treasury yields lower. Mortgage rates have increased sharply thus far in 2022, but have fallen 24-basis points over the past two weeks, with the 30-year fixed rate at 5.74%,” said Joel Kan, MBA’s Associate VP of Economic and Industry Forecasting. “Rates are still significantly higher than they were a year ago, which is why applications for home purchases and refinances remain depressed. Purchase activity is hamstrung by ongoing affordability challenges and low inventory, and homeowners still have reduced incentive to apply for a refinance."

With continued inflationary concerns top-of-mind for most prospective buyers, affordability remains an insurmountable obstacle for many. But Redfin reports there may be relief just upon the horizon. The average asking price of a newly listed home is off 1.5% from its peak in spring reports Redfin, in light of the rapid rate increase by the Federal Reserve in June. Redfin found that a record number of existing sellers were forced to drop their asking price in order to stay competitive during the four-week period ending June 26. This news comes amid reports that pending sales continue to fall, posting their largest declines since May of 2020 at the height of the pandemic, and there are signs that early-stage homebuyer demand is beginning to level off.

Previous: How Mortgage Insurance Can Help Fast-Track the American Dream
Next: U.S. Median Rents Exceed $2k in May