Want to Rent an SFR Property? It’ll Cost You

Rents for properties backing single-family rental (SFR) securitizations climbed by 5.4 percent in June from their prior contractual rents, according to Morningstar Credit Ratings’ June 2016 Performance Summary Covering All Morningstar-Related Securitizations.

The analysis aggregates rent changes across 24 SFR securitization and nearly 93,000 properties, according to Morningstar.

The 5.4 percent increase on rents for properties backing SFR securitizations is actually down slightly from a revised 5.6 percent in May, but still higher than the RentRange benchmarks of 5.0 percent for 3-bedroom homes and 4.8 percent for 4-bedroom homes. 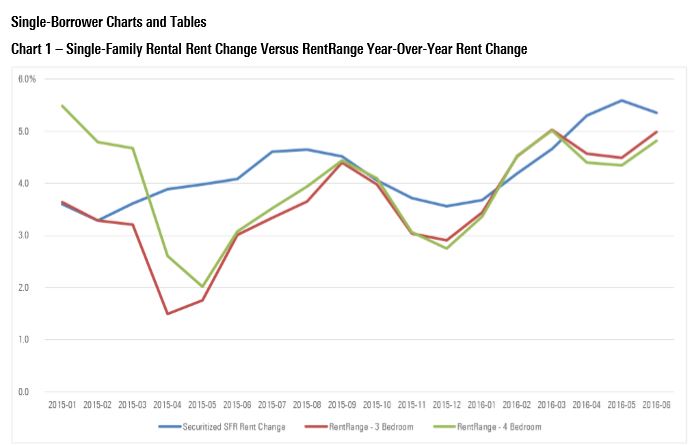 Previous: All in a Month’s Work: Putting in the Time to Afford a Home
Next: G-Fees Level Off After Years of Rising Sharply