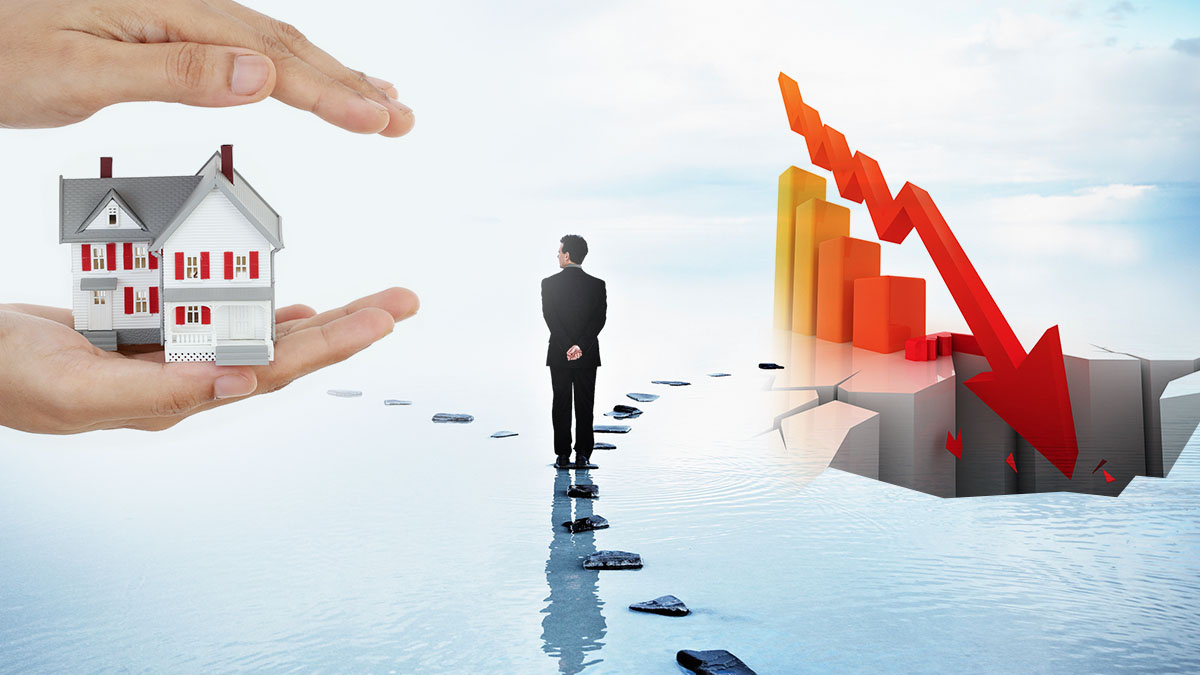 More than half of adults —or 53%— have delayed a major financial milestone due to the state of the economy, while another 58% have avoided activities or events, according to a new Bankrate poll. That comes as another 57%say their quality of life has been negatively impacted by the economy.

Inflation on everyday essentials, including food and gas, is weighing on Americans’ purchasing power, and their earnings have struggled to keep pace.

The major financial milestones Americans most commonly say they’re delaying because of the economy are no doubt related to that massive increase in interest rates. Those include:

Yet, others say the economy is even affecting personal decisions, such as: 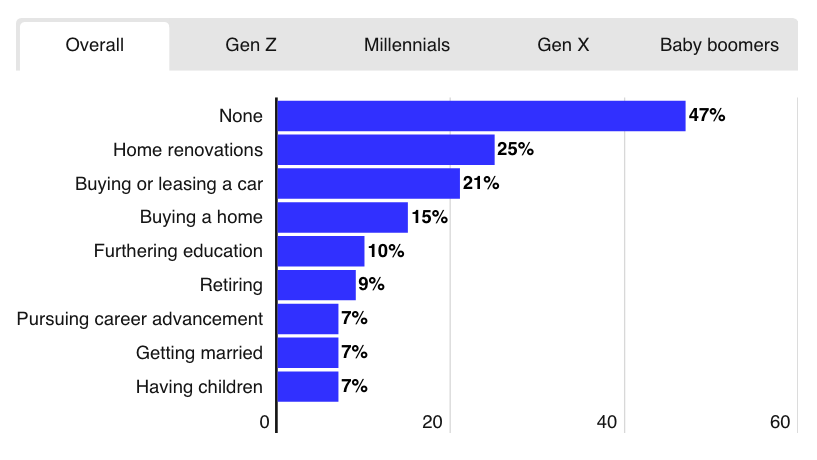 Another 10 percent say they’ve decided to delay furthering their education, while 7 percent have pushed off pursuing a career advancement. And at a time when the S&P 500 is down almost 18% since the start of the year, another 9% say they’ve put off retiring.

Meanwhile, younger generations (Gen Z and millennials, at 14 and 12%, respectively) are more than twice as likely as their older Gen X (5%) and baby boomer (1%) counterparts to say they’ve delayed trying to advance in their career.

Slightly less than half of Americans (or 47%) say the economy hasn’t led them to delay a major financial milestone because of the economy.

The U.S. economy isn’t just keeping Americans from making important financial decisions that could further their wealth-building opportunities. Consumers are also avoiding socially rewarding activities or events, many of which they lived without during the coronavirus pandemic.

Even with the economy leading consumers to delay vacations, travel coming out of the pandemic has still boomed. TSA check-ins between Aug. 31 and Sept. 6, for example, eclipsed even pre-pandemic levels from 2019, according to the Transportation Security Administration. That massive demand has helped push prices up on airlines by almost 43% from a year ago, according to the Department of Labor.

“Revenge spending in travel has been particularly robust, with full flights and sold-out hotels,” McBride says. “But just how much stronger could it have been? This tends to be the first discretionary expense to get cut when households are queasy about the economic path ahead.”

Gen Z and millennials (at 64% and 66%, respectively) were more likely than their older Gen X and baby boomer counterparts (at 59% and 50%, respectively) to have opted out of at least one activity or event within the past year.

And while higher-earning Americans were more likely to hold off on major financial milestones, the opposite was true with activities. Households earning less than $50,000 annually were the most likely to say no to an activity (at 61%), compared to 58% for households earning between $50,000 and $99,999 a year, and 55% of those earning $100,000 or more. 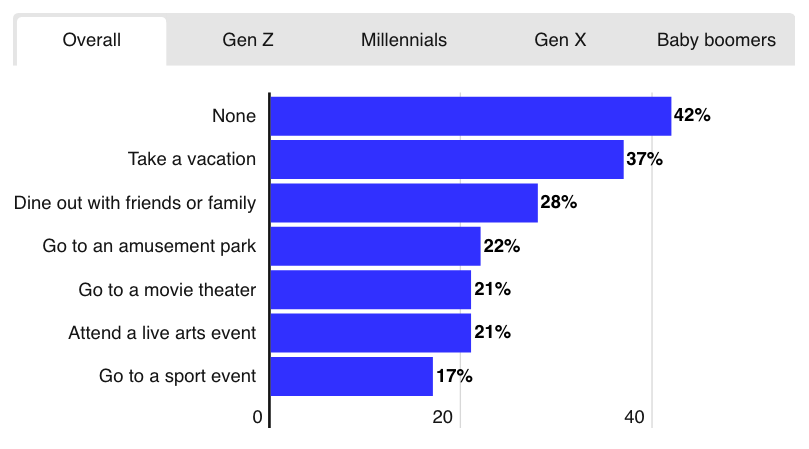 Almost a third (or 31%) say the economy has neither positively nor negatively affected their well-being.

The economy was more likely to have a negative impact on women’s quality of life than men’s (at 60% and 53%). Meanwhile, middle-income households earning between $50,000 and $99,999 a year (at 62%) were the most likely to say they’ve been negatively impacted. That compares with 55 percent for both those earning less than $50,000 annually and individuals making $100,000 and up a year.

Low-wage positions have seen some of the biggest pay bumps after the pandemic-induced recession as employers work through labor shortages in the key retail and food services sectors. Meanwhile, wealthier households with assets such as homes and stocks thrived during the pandemic amid the Fed’s massive efforts to prop up the financial system.

Wealth remains above pre-pandemic levels even despite the drop in equity prices this year, according to the Fed’s June 2022 monetary policy report.

Still, a substantial majority say they’ve taken a hit — no doubt related to the rapid increase in prices affecting the everyday essentials consumers need most, from food and gasoline to electricity and shelter.

“The pervasiveness of price increases remains problematic,” McBride says. “Any meaningful relief for household budgets is still somewhere over the horizon. Inflation has run far hotter for far longer than expected and we have yet to string together any kind of winning streak.”