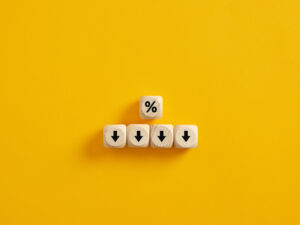 Freddie Mac, in its latest Primary Mortgage Market Survey (PMMS), reports that the 30-year fixed-rate mortgage (FRM) averaged 6.33% for the week ending December 8, 2022, down yet again from last week when the FRM averaged 6.49%. A year ago at this time, the 30-year FRM averaged 3.10%. This marked the fourth consecutive week of declines of the 30-year FRM.

“Mortgage rates decreased for the fourth consecutive week, due to increasing concerns over lackluster economic growth,” said Sam Khater, Freddie Mac’s Chief Economist. “Over the last four weeks, mortgage rates have declined three quarters of a point, the largest decline since 2008. While the decline in rates has been large, homebuyer sentiment remains low with no major positive reaction in purchase demand to these lower rates.” 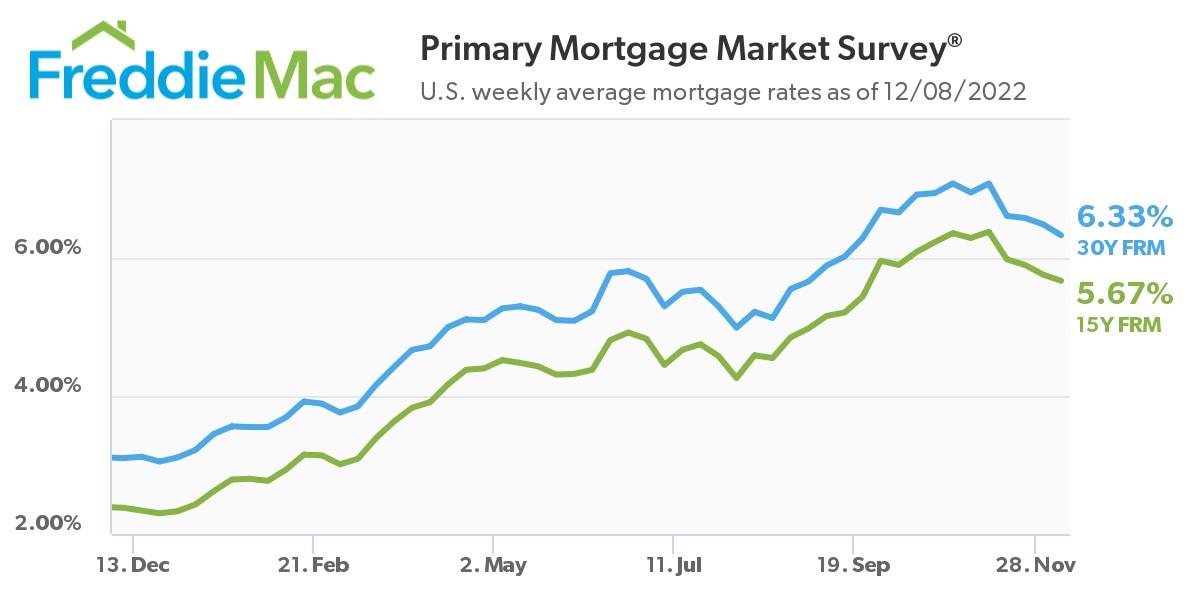 And despite the month-long decline in mortgage rates, the Mortgage Bankers Association (MBA) reported that overall mortgage application volume fell week-over-week, decreasing 1.9% from last week, according to the MBA’s Weekly Mortgage Applications Survey.

“Mortgage applications decreased 2% compared to the Thanksgiving holiday-adjusted results from the previous week, even as mortgage rates continued to trend lower,” said Joel Kan, MBA’s VP and Deputy Chief Economist. “Additionally, the pace of refinancing remained around 80% lower than a year ago.”

“Purchase activity slowed last week, with a drop in conventional purchase applications partially offset by an increase in FHA and USDA loan applications,” added Kan. “The average loan size for purchase applications decreased to $387,300–its lowest level since January 2021. The decrease was consistent with slightly stronger government applications and a rapidly cooling home-price environment.”