Michael Stegman, currently the Counselor to the Secretary of the U.S. Department of Treasury for Housing Finance Policy, will step into a new position in the White House later this week when he joins the National Economic Council (NEC), according to a report from the Wall Street Journal.

Stegman, who has been with Treasury for four years, will be the main housing adviser for the Obama Administration in his new position with the NEC. He will be replacing Seth Wheeler, who is planning to leave the NEC in June after two years.

During his four years with Treasury, Stegman played a key role coordinating Treasury's activities relating to the development of housing finance policy. Two areas in which his efforts were concentrated where expanding credit access for mortgages and GSE reform, according to the report.

"In nearly four years at Treasury, Michael Stegman has been a critical part of the Administration’s effort to put our housing market on stronger footing, and I am grateful for his tireless work to help reform our housing finance system in a way that strengthens our economy, protects taxpayers, and expands access to credit for hardworking Americans," Treasury Secretary Jack Lew said in a statement emailed to DS News.  While he will be missed at Treasury, the President and our country will continue to benefit from his continued service at the White House where his thoughtfulness, intellect, and good humor will be valued."

A telephone message left at the NEC seeking comment was not immediately returned.

According to the report, the appointment of Stegman to the NEC makes it unlikely that there will be any major housing policy changes in the Obama Administration's final 19 months, meaning that Fannie Mae and Freddie Mac are likely to remain in conservatorship through the end of the administration. The sweeping of GSE profits into Treasury while the enterprises are under conservatorship of the FHFA, a practice that began in 2012 as an amendment to the 2008 bailout agreement, has been a topic of heated discussion and even some lawsuits initiated by GSE investors who claim the profit sweep is illegal. Some of those lawsuits are still pending.

Before joining Treasury, Stegman was the MacRae Professor of Public Policy, Planning, and Business at the University of North Carolina at Chapel Hill and the Chairman of the Department at Public Policy and founding director of the Center for Community Capitalism. He has a BA from Brooklyn College, City University of New York, and both a Masters and PhD in city planning from the University of Pennsylvania. 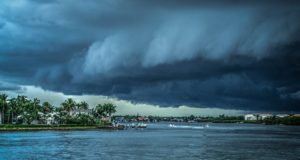 FHA Loan Limits to Increase in Most Counties 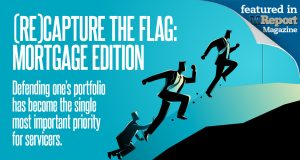