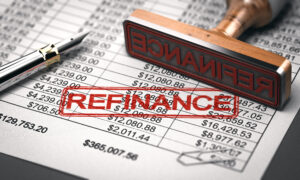 As the Fed continues to take action to curb inflation, the mortgage industry continues to feel the ripple effect, as mortgage applications fell 3.7% week-over-week, according to data from the Mortgage Bankers Association’s (MBA) Weekly Mortgage Applications Survey for the week ending September 23, 2022.

This week’s decline in total application volume marked a return to form, as app volume rose last week after a six-week skid, only to fall back again this week.

One driver for the drastic dip in refis was the rise in mortgage rates, as last week the 30-year fixed-rate mortgage (FRM) hit a 14-year high of 6.29%, according to Freddie Mac.

“Applications for both purchase and refinances declined last week as mortgage rates continued to increase to multi-year highs following more aggressive policy measures from the Federal Reserve to bring down inflation,” said Joel Kan, MBA’s Associate VP of Economic and Industry Forecasting. “Additionally, ongoing uncertainty about the impact of the Fed’s reduction of its MBS and Treasury holdings is adding to the volatility in mortgage rates.”

The overall refinance share of mortgage activity dropped to 30.2% of total applications, down from 32.5% the previous week.

“With rates now more than double what they were a year ago, the pace of refinancing is running at a 22-year low, and last week was more than 80% below last year’s level,” added Kan. “Similarly, purchase activity was 29% lower than a year ago, with higher rates and economic uncertainty weighing on buyers’ decisions.”

While refis numbers suffered, new interest was found in adjustable-rate mortgage (ARM) products, as the ARM share of activity increased from 9.1% of total apps to 10.4%.

“With the recent jump in rates, the ARM share reached 10% of applications, and almost 20% of dollar volume,” noted Kan. “ARM loans remain a viable option for qualified borrowers in this rising rate environment.”