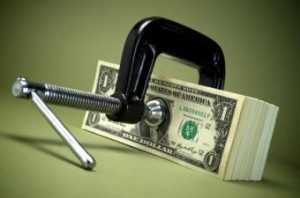 In what seems to be an unfortunate standard in the industry as of late, a smattering of good news is dosed with a helping of bad news. While the report Friday morning that the U.S. economy added 192,000 jobs in March seems impressive, the nation’s unemployment rate is still sits flat at 6.7 percent.

By the same token, Black Knight Financial Service’s Mortgage Monitor Report shows the effective loan modification efforts have shown far fewer defaults, which helps those underwater already in homes. However, those looking to get a home that have had some trouble in the past may hit a brick wall, as only 30 percent of loans last year went to borrowers with credit scores below 720, which isn’t even close to the subprime score of 620.

According to the CheckMyCreditScore blog, Quicken’s chief loan economist Bob Walters said, “Many potential homebuyers have the idea that they will need perfect credit to get a mortgage and therefore do not apply for a refinance or purchase loan. They fear being rejected,” which is a fair concern.

In the report, New York, New Jersey, and Florida had the highest rate of seriously delinquent loans, but Mississippi, Nevada, Rhode Island, Alabama, and Louisiana had an alarming number of the same, which are those considered past 90 days late. This does not bode well for those looking to get a home loan in these states, as the banks have already overextended, and despite any commentary on lending practices, the outlook is somewhat grim.

“Credit standards have shown little signs of easing,” Blecher said, which only shows signs of promise for those who are on the other side of the coin in the situation. As he points out, there is “significant opportunity to expand mortgage origination activity ... if risk appetites allow”.