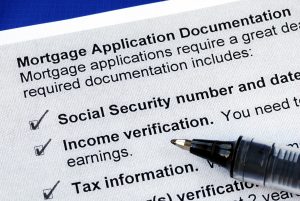 After last week’s jump in mortgage rates, mortgage applications decreased 7.1% week-over-week, according to the latest Weekly Mortgage Applications Survey for the week ending January 21, 2022 from the Mortgage Bankers Association (MBA).

The MBA’s Refinance Index decreased 13% from the previous week, and was 53% lower than the same week one year ago. The drop-off in refis could be as a result of the rapid rise again in mortgage rates, which hit 3.56% last week according to Freddie Mac.

"All mortgage rates in MBA's survey continued to climb, with the 30-year fixed rate rising for the fifth consecutive week to its highest level since March 2020. The 30-year fixed rate is now 77 basis points higher than it was a year ago," said Joel Kan, MBA's Associate VP of Economic and Industry Forecasting. "Unsurprisingly, borrower demand for refinances subsided, with applications falling for the fourth straight week. After almost two years of lower rates, there are not many borrowers left who have an incentive to refinance. Of those who are still in the market for a refinance, these higher rates are proving much less attractive to them."

The Fed did decide to hold steady on rates, citing a strong economy and solid employment numbers, the continued lack of inventory and rise in prices serve as a barrier for many into homeownership.

For the month of November, First American found that real house prices increased by 21% year-over-year.

"The decline in purchase activity was led by a 5% drop in government applications, compared to a modest less than one percent decline in conventional applications,” said Kan. “The relative weakness in government purchase activity continues to contribute to higher loan sizes. The average purchase loan size was $433,500, eclipsing the previous record of $418,500 set two weeks ago."

Previous: Policy Changes May Help Alleviate Disparities in Renting
Next: Purchase Demand Remains, Despite Leveling Off of Rates