Mortgage Rates on the Rise in Advance of Fed Meeting

Ahead of next week’s Federal Open Market Committee (FOMC) meeting of the Federal Reserve Board (set for July. 26-27), the 30-year fixed-rate mortgage (FRM) rose once again for a second consecutive week, as Freddie Mac’s latest Primary Mortgage Market Survey (PMMS) found the FRM at 5.54%, up slightly over last week’s reading of 5.51%. A year ago at this time, the 30-year FRM averaged 2.78%.

With rates on an upswing for the second straight week, overall mortgage application volume has dipped as well, with the Mortgage Bankers Association (MBA) reporting app volume falling 6.3% week-over-week, bottoming out to a 22-year low.

Rising rates and falling applications was not the only negative news on the housing front, as the National Association of Home Builders (NAHB) found builder confidence sliding for the seventh straight month in July 2022.

“The housing market remains sluggish as mortgage rates inch up for a second consecutive week,” said Sam Khater, Freddie Mac’s Chief Economist. “Consumer concerns about rising rates, inflation and a potential recession are manifesting in softening demand. As a result of these factors, we expect house price appreciation to moderate noticeably.”

These factors, also pressured by nationwide inflationary concerns, only dampen the horizon for prospective buyers, with the nation’s economic landscape on the brink of recession.

“Yield curve inversions have preceded most economic recessions of the past half century,” noted Realtor.com Manager of Economic Research George Ratiu. “While St. Louis Fed President James Bullard argued recently that ‘this time is different,’ mostly due to high inflation as a driver, markets are taking the remarks with a grain of salt in light of the central bank’s missed signals on inflation last year. The bank argued for the better part of 2021 that inflation was ‘transitory,’ and likely to recede once the supply chain bottlenecks were resolved, only to admit earlier this year that aggressive policy action was needed to remedy accelerating prices.” 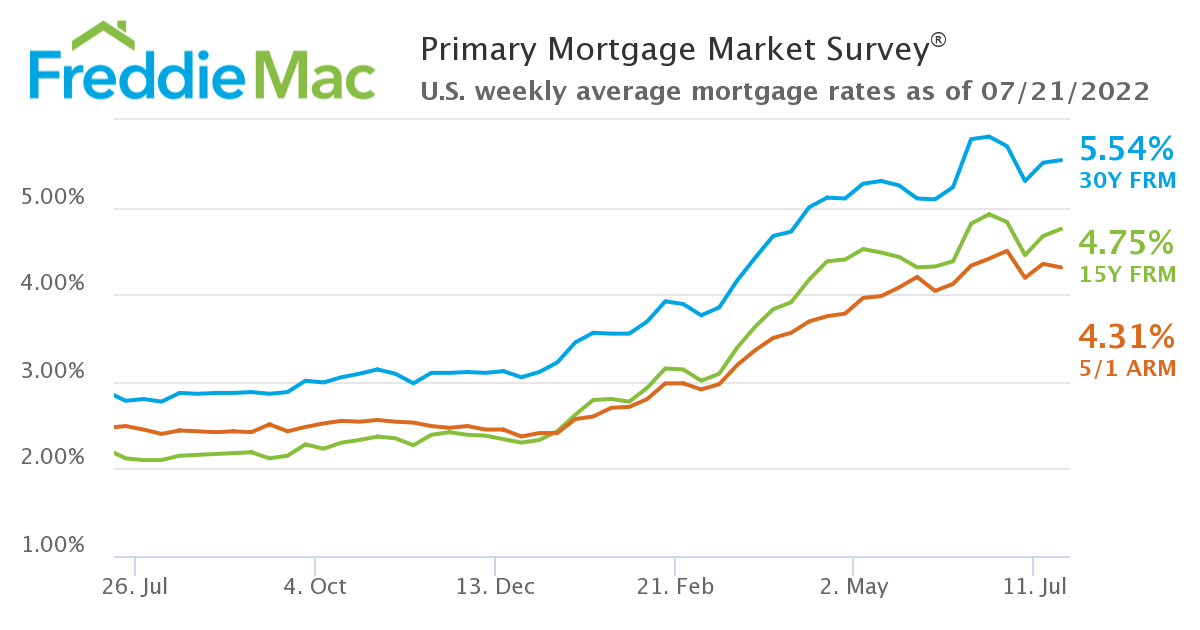 But will the Fed’s actions this coming week be enough to flatten the curve and bring stability back to the economy? Of course the ripple effect will eventually hit the housing market, but did mid-June’s move by Federal Reserve Chair Jerome Powell to hike the fed funds rate by 75-basis points do the trick? Many feel that the nation’s housing supply has received a much-needed boost as buyers retreat due to the combination of high rates and even higher prices, as the National Association of Realtors (NAR) reported that the median price of existing-homes in June averaged $416,000—marking the 124th consecutive month of year-over-year increases.

Another sign of a cooling market was found by Redfin, as more than 25% of home sellers dropped their price in three-quarters of the nation’s surveyed metros in June.

But despite these price drops, affordability remains a major hurdle for buyers who are forced to return to the sidelines and back into an already high-priced rental marketplace.

“Importantly, people who cannot afford to buy a home are not finding much reprieve in the rental market,” said Ratiu. “While it is still less expensive to rent than buy in 38 of the 50 largest U.S. metros, rents continue to increase at double-digit rates with July’s median rent hitting $1,876. Looking to the next few months, it’s becoming increasingly clear that real estate markets are headed for a correction.”